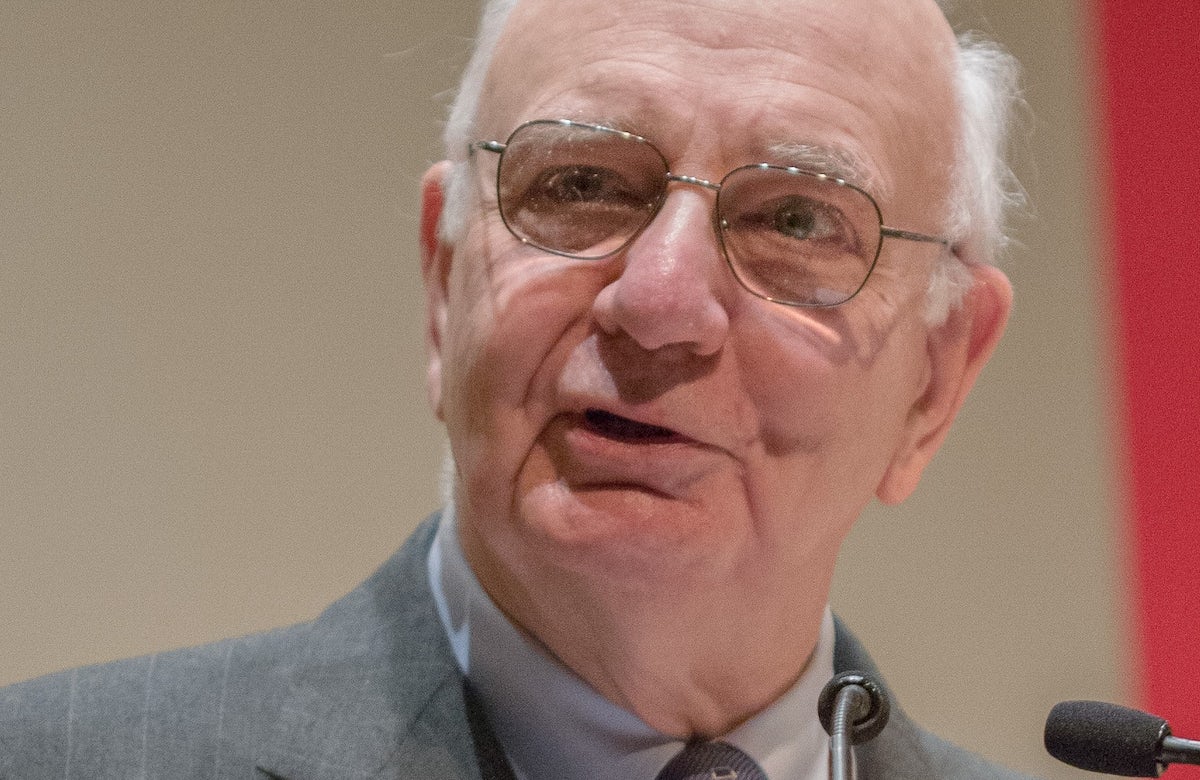 The World Jewish Congress mourns the passing of economist Paul Volker at the age of 92 in New York City. Mr. Volker served as Chairman of the Federal Reserve System from 1979 to 1987 under presidents Jimmy Carter and Ronald Regan. He would later serve as the head of the Independent Committee of Eminent Persons, also known as the Volker Commission, which played a critical role in mediating the restitution process for assets contained within the dormant Swiss bank accounts of Jewish Holocaust victims since the end of the Second World War.

The work of the Commission, which consisted of representatives of Jewish organizations –  including current World Jewish Congress President Ronald S. Lauder – and representatives of Swiss Banks, greatly contributed to a settlement of $1.25 billion dollars paid out by the banks in 1998.

Commenting following Volker’s passing, WJC President Lauder said, “Paul Volker was a dedicated public servant who, in addition to stewarding the U.S. economy under two presidents, also played a pivotal role in providing at least a measure of justice to Holocaust survivors and their heirs from Swiss banks. His integrity and fairmindedness as head of what was known as the Volker Commission, contributed significantly to the eventual $1.25 billion settlement.”

Born in Cape May, New Jersey to German immigrants, Volker attended Princeton University, Harvard, and the London School of Economics. He had two children, and four grandchildren.