In accepting the award together with Baron David de Rothschild, Chairman of the World Jewish Congress Governing Board, Lord Rothschild, said: “On behalf of our family, we are so proud to be given your medal in the name of Herzl. He made the almost impossible happen after 2,000 years. In doing so, he no less than changed the history of the world. As David Wolfson said in his eulogy for Herzl in 1904, Herzl’s name will, and I quote, ‘remain sacred and unforgotten for as long as a single Jew lives on this Earth. To have our family’s name linked with Herzl is a great honor.”

Lord Rothschild recalled in his address that when Herzl approached the Rothschild family to contribute to the establishment of the State of Israel, they initially responded negatively. “I wonder whether Herzl would have approved of the choice of the Rothschild family?” Lord Rothschild mused, noting that after many years, the family came around and played an integral role in the creation of the state. “Herzl and the Baron came to share a single objective – the redemption of Israel and the rebirth of the Jewish nation in its historic land.”

Lord Rothschild also noted the ongoing tremendous contributions made by the family to both the State of Israel and to Jewish institutions, causes, and initiatives across Europe. ”It is fair to say that the well-known 19th century Jewish families have fallen by the wayside… it is now eight generations since our family left the Frankfurt ghetto, over 200 years ago. “It is a source of pride to us that our family remain involved and committed to Israel and Jewish communities in Europe.” 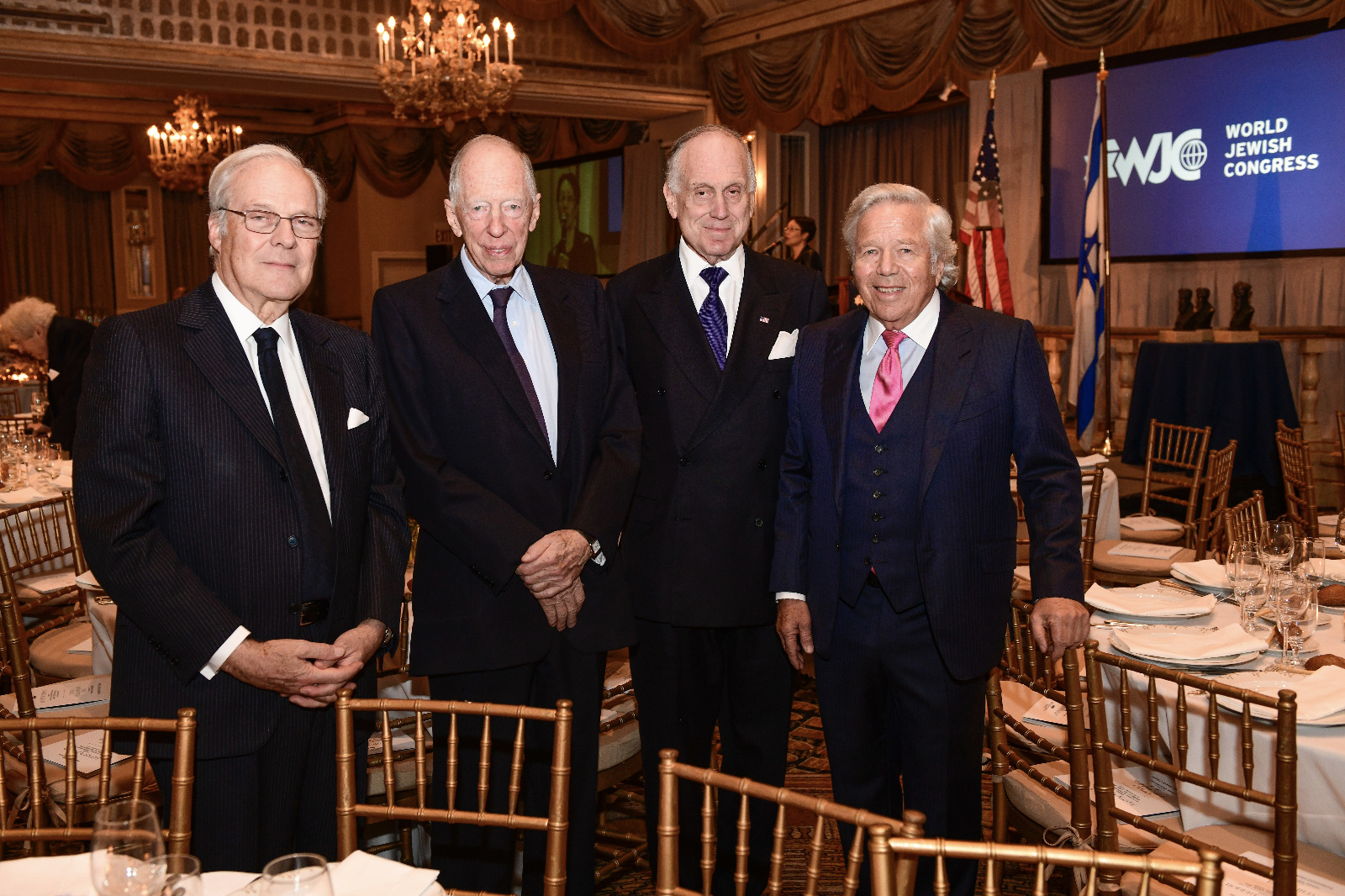 WJC President Lauder: ‘When we are united, there is nothing we cannot accomplish’

WJC President Lauder, who praised the Rothschilds as “one family that stands above all others, and who have rarely been recognized publicly for all they have done,” dedicated his address to recognizing the deadly attack that took the lives of 11 people at the Tree of Life Synagogue in Pittsburgh, and opened the evening with a moment of silence for the victims. “The American Jewish community is different today than it was two weeks ago. One antisemitic madman changed our way of thinking. What I saw when I got to Pittsburgh was a devastated community… what went through my mind was, ‘this is not the old Europe, this is the United States of America, where we Jews have been so privileged to live… but what I also saw was a quiet, dignified strength.”

“The day after tomorrow, we will observe the 80th anniversary of Kristallnacht [when] the fate of the European Jews was sealed. But today is not 1938. Yes, we face new enemies and new dangers that seek the destruction of Israel and the murder of Jews. But today we are not the powerless, timid Jews of 1938… What the World Jewish Congress does every single day is not just monitor the dangers that the Jewish communities face throughout the Diaspora… we also work at stopping these dangers before they harm us,” adding that a significant portion of the money raised at the evening gala would be dedicated to the WJC’s Global Jewish Security Department and to its initiatives around the world."

“When we are united, when we speak as one people, there is nothing we cannot accomplish,” he said. 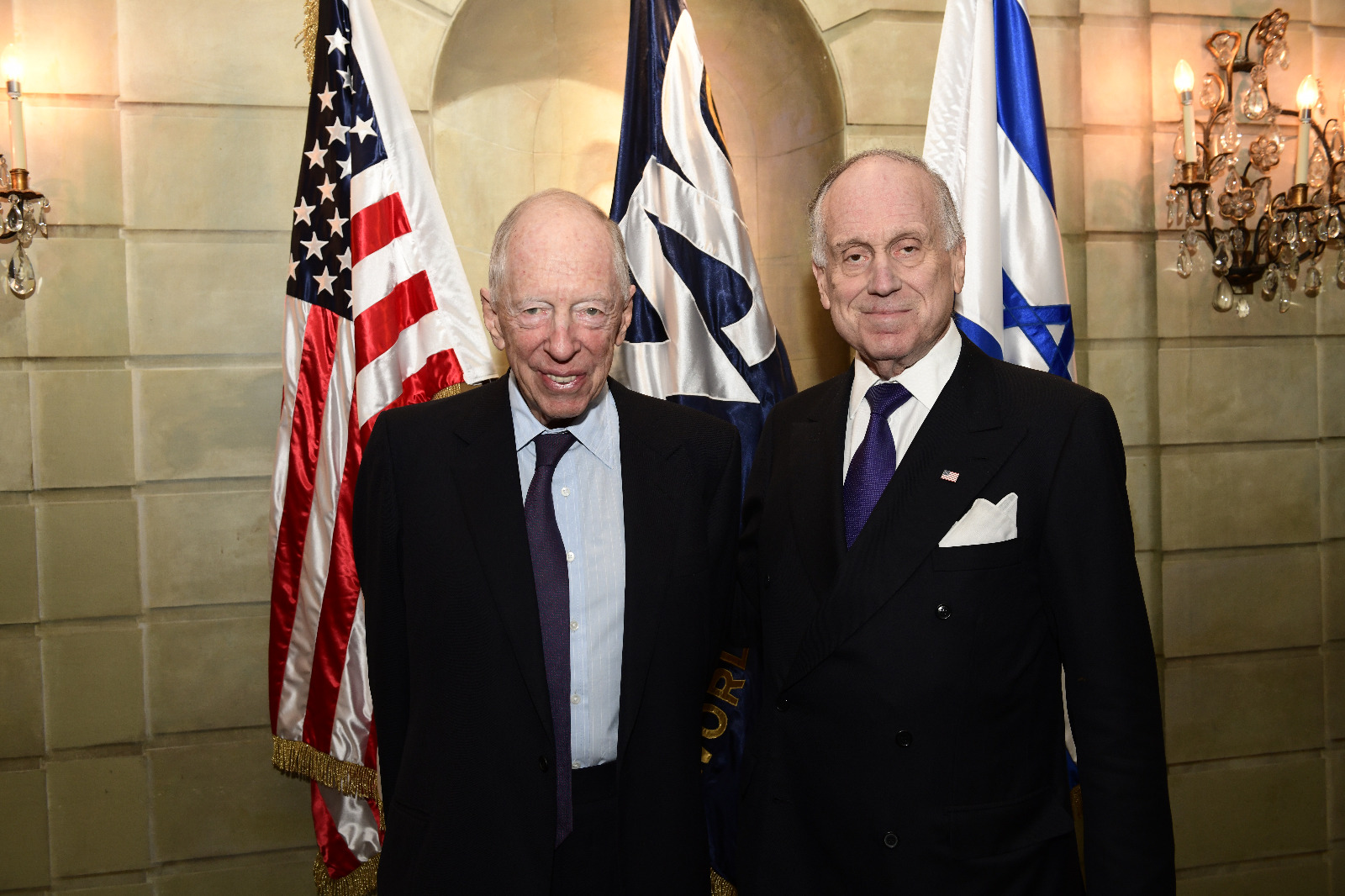 President Lauder presented the annual Teddy Kollek Award to Robert Kraft, “one of the most dynamic and creative philanthropists in the US and Israel”. In accepting the award, Kraft also spoke of the Pittsburgh attack, and said that in the spirit of the victims, he would "further my efforts each day to commit random acts of kindness" and "use some of my resources I have been blessed to have in my life to help combat antisemitism and all hate crimes."

"I have been privileged to see the power of sports and the effect it can have in bringing people together from all different backgrounds and to break down barriers," Kraft said. 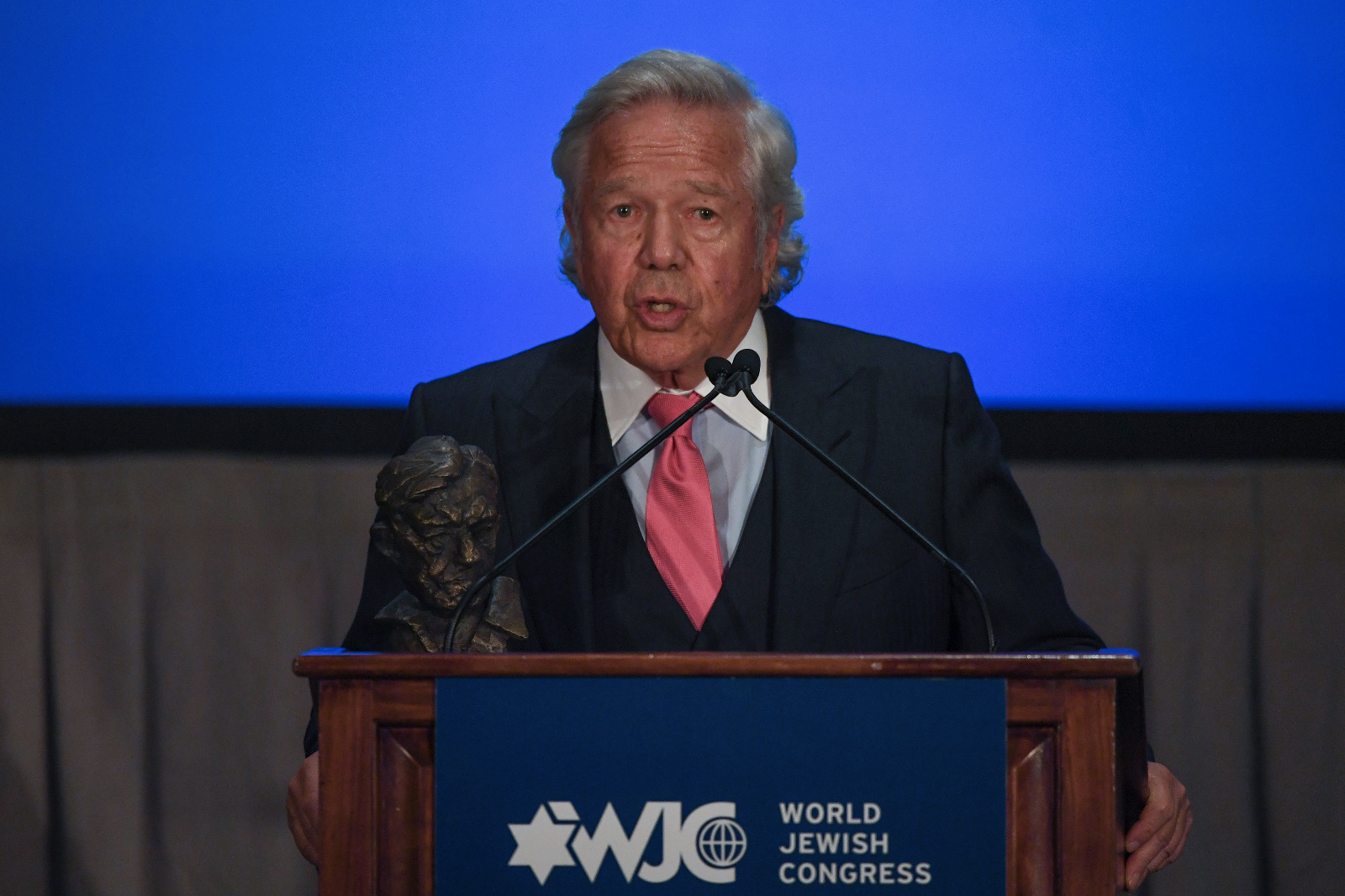