OTTAWA - The United States government is making progress in its efforts to help move forward its plan for a peace agreement between the Israelis and Palestinians, US President Donald Trump’s special envoy to the Middle East Jason Greenblatt said Wednesday to Jewish leaders from more than 80 countries gathered at Global Affairs Canada in Ottawa, at the invitation of WJC President Ronald S. Lauder. The Jewish leaders were in Ottawa for the World Jewish Congress’ annual Governing Board meeting, a two-day conference hosted by the WJC’s Canadian affiliate, the Centre for Israel and Jewish Affairs, aimed at addressing the challenges facing the Jewish world, and to vote on a series of organizational policy decisions.

In his address, Greenblatt told the members of the WJC Governing Board: “We knew the challenges of reaching a peace agreement are extraordinary… We hope for a comprehensive agreement, and if that can’t be achieved, then positive steps forward that would be helpful for both Palestinians and Israelis in the region would be helpful as well.” US negotiators have been in contact with Palestinians, Israelis, and Europeans to this regard, Greenblatt said, adding that the earliest the administration would release its plan would be following the formation of the new Israeli government, and following the holidays of Ramadan and Shavuot. “We can’t make a deal, unless the two sides want to make a deal,” he said.

“I’d like to believe that the people of Israel and the government of Israel recognize that there’s been no greater friend to Israel than President Trump… Our plan will not compromise on Israel’s security, that the way it is. Israelis should look at it from the position that they have a tremendous friend in the White House… this plan is coming from a close friend," Greenblatt said. 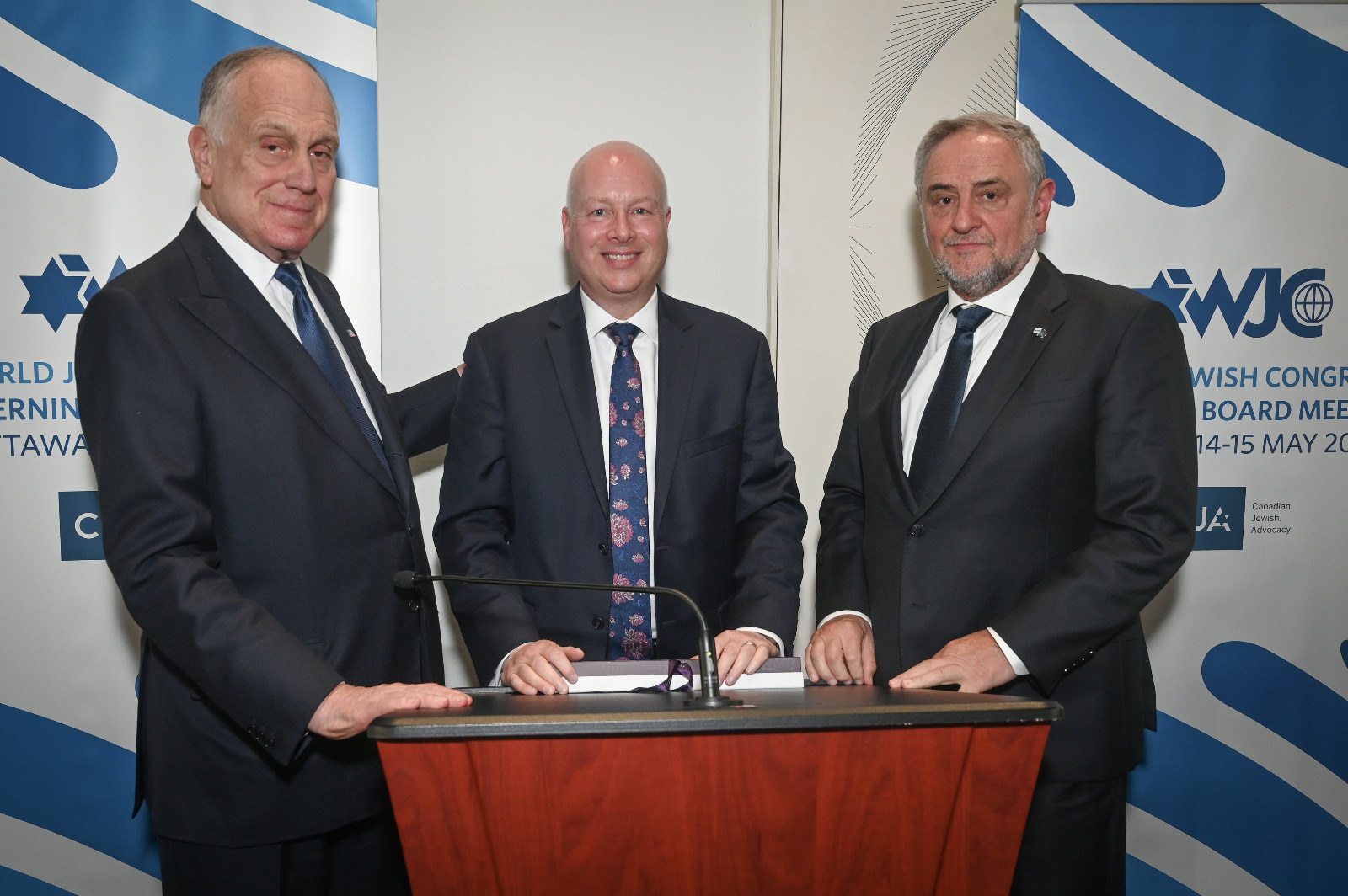 WJC President Lauder appeals to Governing Board: We must not let the Jewish people dissolve

In his keynote remarks earlier Wednesday to the Governing Board, WJC President Ronald S. Lauder invited the delegates to hold a frank discussion on the many challenges facing the Jewish world, including assimilation and intermarriage, religious and communal divisions, relations between Diaspora Jews and Israel, and the diminishing of proper Jewish education among young people. “I am looking at you, as global Jewish leaders, to help find the solution to these challenges. The solution is education. The solution is diplomacy. It’s important that we do what we can to bring Israel together, to change its image, and to make the Jewish people proud again to be Jewish. We must not allow a situation in which the Jewish people begin to dissolve. It’s up to you… we are one people and we must stand together.”

Lauder opened the floor to a town hall discussion, in which delegates offered suggestions for concrete steps to be taken, including increasing understanding among Israelis of the concerns of Diaspora Jews, and strengthening Jewish unity for diplomatic force and positive messaging. 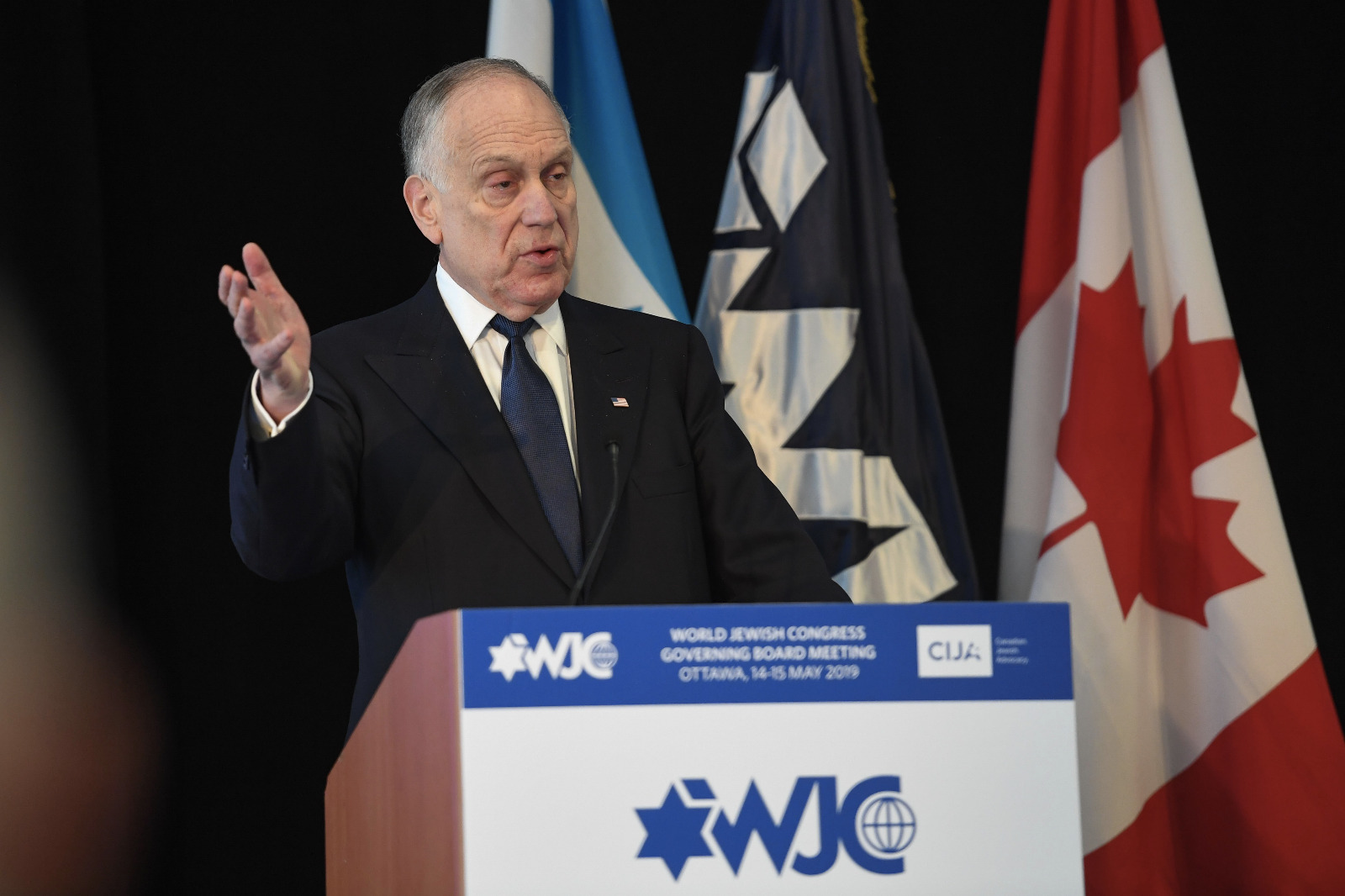 Canadian Minister of Heritage: We will always stand with you, and will not tolerate hatred

Over the course of the two-day meeting, Governing Board members took part in an array of discussions featuring expert panels on topics including Jewish security in Canada, the challenges and opportunities facing Jews and the Jewish state, and Jewish community responses to contemporary antisemitism, inter alia. During its visit to Global Affairs Canada, the Governing Board also heard from senior Facebook Policy Manager Peter Stern, on the social media company’s efforts to confront hate online, followed by a panel discussion with Canadian members of parliament Anthony Housefather and Michael Cooper, Chairman and Vice-Chairman of the House of Commons Standing Committee on Justice and Human Rights.

Speaking at the Board’s gala dinner on Tuesday, Canadian Minister of Heritage, Pablo Rodriguez, underscored Canada’s commitment to the Jewish community, emphasizing that the “government will not tolerate hatred, whether it is online or in our communities… we will always stand with you, and we will always defend the inclusive and diverse country that we have built together.”

Canadian Minister of  International Trade Diversification, James Gordon Carr, spoke to the delegates of his experience as the first Canadian Jewish minister involved in international affairs, and stressed that, “the future of the relationship between Canada and Israel has never been brighter,” announcing that a new trade agreement between the two countries has just passed legislation and would be signed in the coming days.” 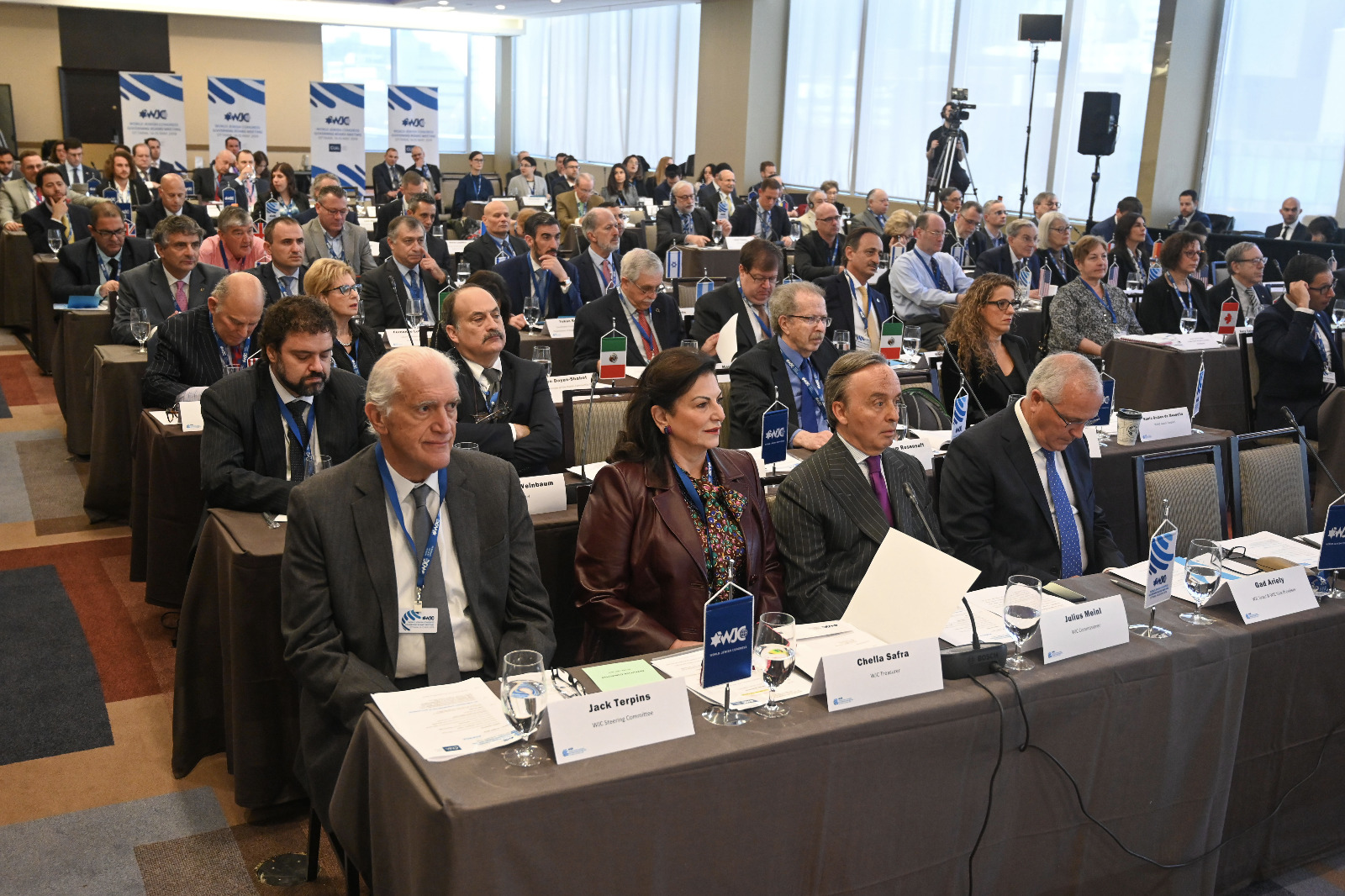 Members of the WJC Governing Board in Ottawa. (c) Shahar Azran

Canadian Prime Minister Justin Trudeau hosted a World Jewish Congress delegation led by WJC President Lauder on Tuesday for warm talks focused on the challenges facing world Jewry. During the short meeting, the delegation thanked Trudeau for his efforts to combat antisemitism and the Boycott, Divestment, and Sanctions movement, and for his stalwart support of Israel. Trudeau told the delegation that he will be traveling to Paris this evening, and that one of the main issues on the table is the fight against hate speech, adding that he has the full support from all minority communities and progressives in Canada in this endeavor.

Lauder was joined in the delegation by WJC Treasurer Chella Safra, as well as by members of the International Council of Jewish Parliamentarians, which operates under the auspices of the WJC.

As part of its internal business, the Governing Board approved 12 policy resolutions, focusing in great part on the rise of antisemitism around the world, including on university campuses, the need for unity among Jewish communities, the threat of Iran, the critical nature of Holocaust education, and an affirmation of support for Israeli citizens under the barrage of rockets from Gaza.

The resolutions can be viewed in their entirety below: