70th Anniversary Commemoration of the Liberation of Auschwitz

The Auschwitz-Birkenau State Museum and the International Auschwitz Council are the organizers of the official commemoration event. “January 27, 2015 will be a truly exceptional day,” said Piotr M.A. Cywiński, director of the Auschwitz-Birkenau State Museum. “On this day of remembrance, the whole world will focus on the tragedy of the Shoah and the entire cruel system of ghettos and concentration camps. The survivors will be our most important guests.” 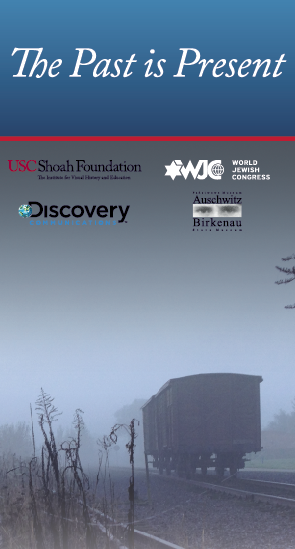 “When we gather at the site of unspeakable terror, we will do so to show not only survivors, but the entire world, that the suffering of so many will never be forgotten,” said USC Shoah Foundation Executive Director Stephen D. Smith. “Those who lived through the Holocaust have carried the burden of remembering long enough. It’s up to us now, their children and grandchildren, to lift its heavy weight off their shoulders. We are ready to take on the responsibility of ensuring that this tragic chapter of human history is never repeated.”

“Auschwitz is not only the world’s biggest Jewish graveyard, it is also the primary symbol of the Holocaust, the biggest organized mass murder in human history. This will probably mark the last time that so many survivors will be able to join us there, and we must ensure that the unspeakable suffering they and many others had to endure at Auschwitz will not be forgotten once they are no longer among us,” said WJC CEO Robert Singer. He went on to say: “The World Jewish Congress and our President Ronald S. Lauder are honored that such renowned partners have agreed to jointly prepare this important anniversary, to ensure that this anniversary will get the world’s attention.”

An estimated 1.1 million people, most of them Jews, were murdered in Auschwitz, in German-occupied Poland, between 1941 and 1945.

USC Shoah Foundation - The Institute for Visual History and Education is dedicated to making audiovisual interviews with survivors and other witnesses of the Holocaust and other genocides, a compelling voice for education and action. The Institute’s current collection of over 53,000 eyewitness testimonies preserves history as told by the people who lived it, and lived through it. Housed at the University of Southern California, within the Dana and David Dornsife College of Letters, Arts and Sciences, the Institute works with partners around the world to advance scholarship and research, to provide resources and online tools for educators, and to disseminate the testimonies for educational purposes.