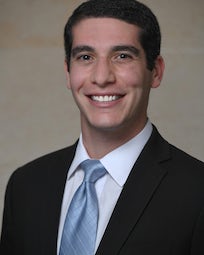 Yoni Hammerman serves as the Senior Manager of WJC NextGen, a new program of the World Jewish Congress which identifies, supports, and trains young Jewish leaders, aged 16-26, supporting them in making an impact today and preparing them to be leaders in Jewish communities around the world tomorrow. As a part of his role, Yoni manages the Ronald S. Lauder Fellowship, Start-Up Nation Mentorship, NextGen Inc., and WJC’s Internship program. He additionally consults and supports WJC’s communications and events teams.

Raised in Rockland, NY, Yoni’s involvement in the Jewish community took root while attending Binghamton University. During his four years there, he served on the Executive Board for two years and chaired major events for Hillel at Binghamton, served as a Fellow for several pro-Israel organizations, and was Treasurer and Israel Engagement Chair for the Binghamton Chapter of Alpha Epsilon Pi.