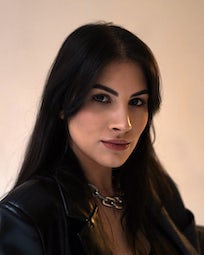 Prior to her current position, Yana founded and led a Jewish student club in HSE University in Moscow which soon after won the award of “the most trending organisation on campus”. In 2021 she was elected as Vice President of the European Union of Jewish Students (EUJS), during her term she was focusing on combating antisemitism across Europe and supporting European student unions. In the same year while being active in the world of Jewish advocacy, Yana moved to Israel and earned a master degree in diplomacy at Reichman University.