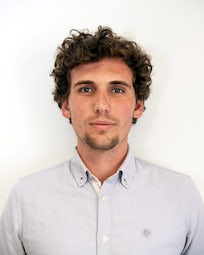 Viktor Eichner is Operations Manager, Europe for the WJC Jewish Diplomatic Corps, based in Budapest. Viktor was born in Hungary, and his primary encounter with Jewish education and leadership development came as a participant and counsellor at the Szarvas Camp in Hungary, after which he was a founding member of the Jewish Youth Council of the Hungarian Federation. Viktor studied Political Science and Economics at Corvinus University in Budapest, where he continued his engagement with the Jewish Youth Council. Subsequently, he was accepted to Tel Aviv University’s National Security and Diplomacy graduate program, where he was also a research assistant at the Institute of National Security Studies.

Following his graduation, Viktor worked as a business consultant at Signals Analytics in Tel Aviv. He is an alumnus of the JDC Entwine leadership program, and has a long-standing engagement with the European Union of Jewish Students (EUJS). Viktor was elected to the EUJS Board of Vice Presidents as its treasurer last year, and his portfolio includes climate change policies, volunteer network building and strategic planning.