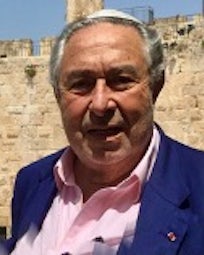 Serge Berdugo is a lawyer and a diplomat. He serves as Ambassador at Large to HM Mohammed VI. He is President of the Council of Jewish Communities of Morocco in Casablanca, and served as Minister of Tourism in Morocco (1993 to 1995)

Ambassador Berdugo works actively toward the better integration of the Jewish Community in Morocco and to enhance links with the Moroccan diaspora. He is a strong supporter of inter-religious dialogue and has been involved in promotion of peace in Middle East.

During his presidency, the Jewish Communities restored Moroccan Jewish Sites. During the last 10 years 15 Synagogues, 169 Cemeteries and holy places of pilgrimage were rehabilitated as well has been created in Casablanca the only Jewish Museum in an Arab country.