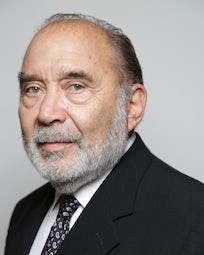 Saúl Gilvich stands out as an active Jewish leader in Uruguay and regionally. From his early endeavors in different community projects, to then becoming the President of Keren Hayesod Magbit. He was also President of the Central Israelite Committee of Uruguay (CCIU), the representative institution of the Jewish community of Uruguay, for several terms.

Following his performance in local organizations, Saúl was voted twice to serve as Secretary General of the Latin American Jewish Congress, representing the institution on the most diverse and high level meetings.

Saul teaches at the University of La Republica in Montevideo, where he also owns a travel agency.