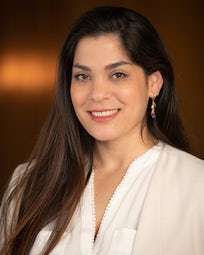 Rotem was born in 1988 in Jerusalem, Israel.

In November 2016, Rotem began her work in the Global Jewish Community Security Department. She coordinates and manages various projects in the department and is responsible for Physical Infrastructure projects and two other programs dealing with School Security.

Rotem holds an M.A in European Studies from the Hebrew University in Jerusalem in which she researched closely the Jewish Communities in Europe and their personal sense of security. She also holds a B.A in Business Management and Communications.

In her past, Rotem worked in the field of Business intelligence as well as in the ministry of tourism of Israel.

In the IDF, Rotem served as a deputy commander for the Communications platoon of the Central Command.