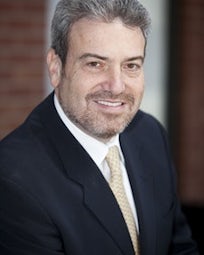 Moshe Ronen, Moish, is a Toronto-based lawyer, international business and strategic advisor, advocate, and prominent community leader. By age 20, Moshe was a well-known human rights activist, and subsequently, the youngest elected president the Canadian Jewish Congress and Vice President of the World Jewish Congress. Moshe later served as chair of the Canada-Israel Committee and has worked closely with several of Canada’s Prime Ministers and Premiers. Mr. Ronen currently chairs WJC’s Resolutions Committee and is a member if the Budget Commission.

Educated in Toronto at the Associated Hebrew School and The Community Hebrew Academy of Toronto, Moshe holds a degree in political science and economics from York University, and a law degree from the University of Windsor, completing his studies in Law at Osgoode Hall Law School in Toronto.

Moshe Chairs the ‘Build Your Smile Dental Foundation’, which provides free dental care and training for dentists in underprivileged countries including Uganda, Africa as well as services for women’s shelters and holocaust survivors in Canada.

Mr. Ronen served as Senior Consultant & Counsel to the Green family in Toronto, owners of Greenwin Property Management and Verdiroc Developments Holdings and other major business and philanthropic leaders.

Moshe is currently a director & is chairman of Norstar Inc., a publicly listed real estate holding company in Israel. Previously, he has served as a director of First Capital Realty, a major TSE publicly listed developer, owner, manager of mixed-use real estate in Canada’s major cities. He also chaired its Compensation & Governance Committee.

Mr. Ronen has professionally advised Canadian businessman and philanthropist Gerry Schwarz (ONEX). He has also served as strategic and policy advisor to Joseph Rotman, and Dr. Peter Singer in Grand Challenges Canada, a Canadian Government sponsored not for profit, operating under the auspices of the University Health Network which encourages and funds innovators in Canada and developing countries.

Mr. Ronen is an engaging and charismatic public speaker, debater and media commentator on Middle East issues and public affairs.

In 1996 Moshe was recognized by the Jewish National Fund with its prestigious Jerusalem of Gold Award for outstanding communal service. He was recognized by the Government of Ontario with a Volunteer Service Award in 1998, presented to that province’s most outstanding community leaders, and in 2012, was awarded the Queen’s Jubilee Medal by Canada’s Governor General on behalf of the Canadian Government.

In the 1980’s as a prominent student activist, Moshe worked closely with Avital Sharansky for the release of her husband, Natan, and other prisoners of Zion, and was active most notably at the first American-Russian super-summit, between Presidents Reagan and Gorbachev in the 1980s. In conjunction with the late Nobel Prize laureate Elie Wiesel, he led an international student protest to then-U.S. President Ronald Reagan’s 1985 visit to Bitburg, Germany’s cemetery which contained Nazi SS graves.

Ronen has worked closely on public advocacy for Israel with a number of prime ministers, cabinet ministers and opposition leaders. He also has organized and led advocacy/educational missions to Israel for Canadian government (federal, provincial and municipal), business, and labor and ethno-cultural community leaders.

Mr. Ronen collaborated directly with former Spanish Prime Minister Jose Maria Aznar, in the latter’s ‘Friends of Israel Initiative’ and was a member of that initiative’s prestigious ‘London Forum’.

In early 1999, as President of the Canadian Jewish Congress, Mr. Ronen, a child of Holocaust survivors, together with his late father, Mordechai, accompanied Canada’s Prime Minister on an official visit to the Auschwitz death camp in Poland. Later, under Mr. Ronen’s advocacy leadership, Holocaust memorialization in Canada was achieved in each Canadian province, when each officially legislated and recognized Yom Hashoah as the day to mark and educate about the Holocaust.

Mr. Ronen is married to Dara. They have two children, Sari and Shye.