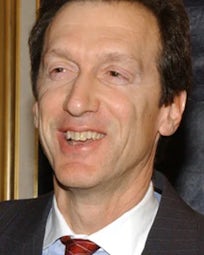 Mark B. Levin is one of the organized Jewish community’s leading experts on national and international political and legislative issues, and travels extensively throughout the former Soviet Union and Eastern Europe.

In 2008, Mr. Levin received the Soviet Jewry Freedom Award from the Russian Jewish Community Foundation, and the Order of Merit medal from Ukraine President Viktor Yushchenko. Mr. Levin made his first trip to Russia in 1982, leading a Congressional delegation to meet with Soviet officials and Jewish activists.