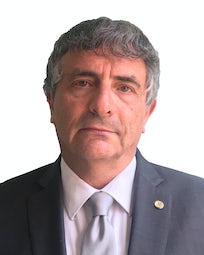 Fluent in Hebrew, English and Spanish. Graduated in the Technion, Haifa, Israel, Masters at McGill University, Montreal, Canada.  Executive Director of  the  Confederation of Jewish Communities of Colombia, Commissioner  to combat antisemitism  at the Latinamerican Jewish Congress and   Member of the Executive Committee of the WJC since 2013. Lecturer at two top universities and at the diplomatic academy of the minister of foreign affairs of Colombia.  International Affairs columnist at two leading dailies.

Included in the list of 40 most influential pro-Israel leaders in Latinamerica by JNS, February 2021  Awarded the  CICLA  Prize in Israel, given to  outstanding Latin-American Jewish leaders, October 2012.