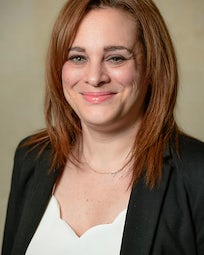 Prior to moving to New York, Lauren represented the World Jewish Congress at the United Nations in Geneva and UNESCO in Paris. She was also the Regional Supervisor for Europe for the WJC Jewish Diplomatic Corps.

Lauren has extensive experience in the Jewish non-profit sector, in advocacy, policy analysis and program management relating to human rights and international affairs. Before joining the World Jewish Congress in October 2015, Lauren worked for the Coordination Intercommunautaire contre l'Antisémitisme et la Diffamation (CICAD) in Geneva, Switzerland, the New England Regional Office of the Anti-Defamation League (ADL) in Boston and the Quebec Regional Office of B’nai Brith Canada in Montreal.

Lauren graduated with a B.Sc. and M.Sc. in Political Science from the University of Montreal, specializing in international relations.