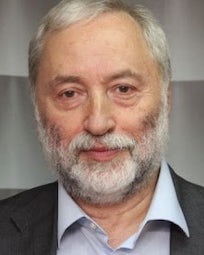 Born in Tashkent in 1946, Josef Samoilovich Zisels graduated from the Chernovtsy University as a major in Theoretical Physics.

From the early 1970’s, worked with Jewish and general democratic underground movements in the USSR. In spring 1972, expelled from the Komsomol for speaking out in support of the right for repatriation.
In 1978, joined the Ukrainian Helsinki Group. That same year, arrested and sentenced to three years in high security penal colony “for slander discrediting the Soviet government and social order”. Among the materials of accusation were Zionist documents.

In 1984, sentenced again to three years in high security penal colony. The accusation was based, among general democratic documents, on Hebrew textbooks and the “22” Israeli magazine.
In 1988, set up Ukraine’s first Jewish organization in Chernovtsy. In 1989, took part in the creation of the Vaad (Confederation of Jewish Organizations and Communities) of the USSR and became its co-chair.

Board member of the European Council of Jewish Communities, the European and World Jewish Congresses, the World Zionist Organization.

Since 1991 – Chairman of the Association of Jewish Organizations and Communities of Ukraine (the Vaad of Ukraine), since 1999 – executive Vice President of the Jewish Confederation of Ukraine.

In 2002, elected as Chairman of the General Council of the Euro-Asian Jewish Congress by its constituent congress in Moscow, Russia.