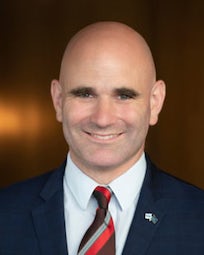 Ernest Herzog was born in Belgrade, Yugoslavia in 1978. He holds BA (Hons) and MBA degrees from Oxford Brookes University in the UK. During his career he has worked in the United Kingdom, Serbia, the United States, Croatia and Israel in the fields of Security, Corporate Governance and Asset Management.

He joined the World Jewish Congress Security Department in February 2016, where he served as Security and Crisis Management Consultant for the regions of Eastern Europe and the Former Soviet Union. From September 2018 to December 2019 he was Head of the WJC Global Jewish Community Security Department and from January 2020 he took on the roll of WJC Executive Director of Operations.