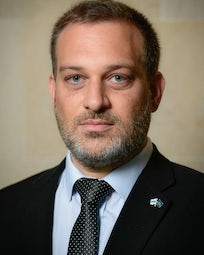 Danilo Gelman was born in Buenos Aires, Argentina in 1979. He holds a degree in Journalism.

Danilo has over 20 years of experience in the security field working in many positions in the Jewish community of Buenos Aires and others.

Danilo worked in various security private companies as a security advisor and specializes in physical protection after leading numerous projects both in the Jewish communities as well as the private sector.

Danilo joined the World Jewish Congress in July 2016 and currently serves as Crisis Management Consultant for the Latin-American region.

Danilo works closely with over 15 communities in his region in enhancing their security, preparedness and well-being.