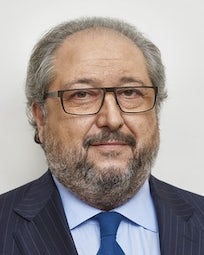 Dr. Boris Mints is currently the Chairman of the Council of Patrons of The Conference of European Rabbis (CER), which is the primary Orthodox rabbinical alliance in Europe. The CER unites more than 700 religious leaders of Europe’s mainstream synagogue communities and protects the religious rights of Jews in Europe. It has always been the expert address for European Jewish communities and rabbis for support in the facilitation of their religious functions, recruitment of rabbis and educators, and other vital issues.

In 2016, Dr Boris Mints expanded his family philanthropic contribution by creation of The Mints Family Charitable Foundation. The aim and guiding principles of the Foundation are to provide philanthropic support in the spheres of education, fundamental knowledge and science, arts, culture, medicine and Jewish heritage. An educational and charitable project for publishing the Talmud in the Russian language was initiated by Rabbi Pinchas Goldschmidt, President of the Conference of European Rabbis, in collaboration with the Mints Family Charitable Foundation and the Jewish Education and Publishing Trust. This project aims to enlighten the general public with the wisdom of the Babylonian Talmud, the cornerstone of Orthodox Judaism. The top Russian-speaking experts in the field oversee this work, ensuring the accuracy of translation of sacred texts.

As an avid art collector, Dr. Boris Mints established the Museum of Russian Impressionism in Moscow in 2014. The permanent exhibition is based on more than 70 artworks of notable Russian artists. The museum was included as a member of the prestigious International Council of Museums (ICOM). Dr. Mints is also is a winner of the Prize named after Yekaterina Romanovna Dashkova in the “Philanthropist” category and the first person to be given the Miloserdiye Award for commitment to humanitarian values.