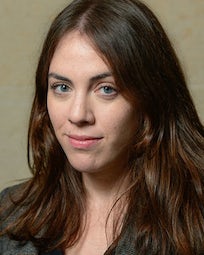 Arianne Swieca joined the World Jewish Congress in early 2018 as a social media manager, and focuses on engaging story-telling on issues affecting the Jewish world. She comes from a communications and journalism background. Prior to joining the WJC, Arianne worked in coordination with national television and media in Eastern Europe and the South Caucasus promoting positive reporting on minorities issues. Arianne holds a Bachelor’s degree in History from McGill University and a Master’s in Political Science from the University of Toronto.