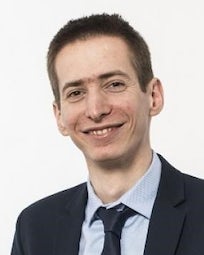 András has been the European Affairs Manager at the World Jewish Congress since 2019. Prior to joining to WJC he was the Executive Director of the European Union of Jewish Students the umbrella organization of national Jewish student unions across Europe. Until 2016 he was the Program Manager for Jewish Life and Antisemitism at the Budapest based Tom Lantos Institute.

András graduated from the Lauder School of Government, Diplomacy and Strategy at IDC Herzliya and he was the chairperson of the Youth Council of the Federation of Jewish Communities in Hungary (Mazsihisz).

Besides his experience in the non-profit sector, András also worked at the corporate sector for four years in the field of logistics and project management.