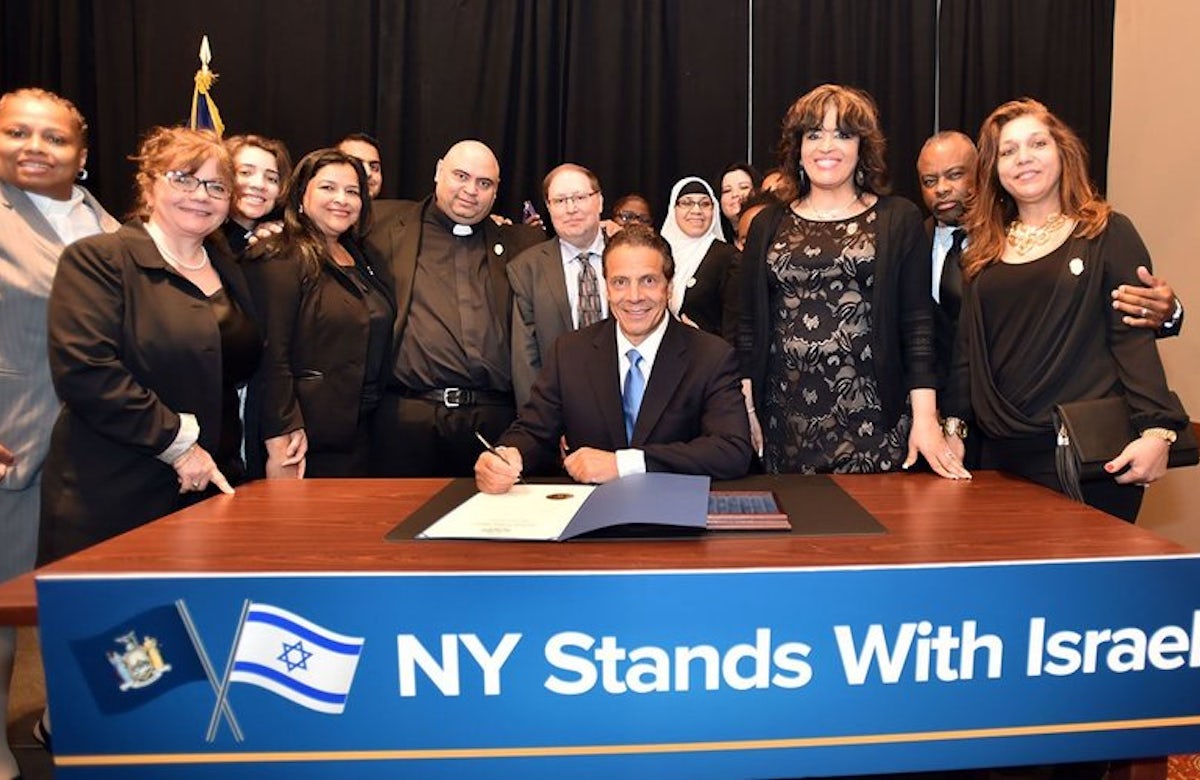 The World Jewish Congress on Sunday praised Governor Andrew Cuomo for signing an executive order demanding state agencies divest themselves from the boycott, divestment and sanctions (BDS) movement against Israel. 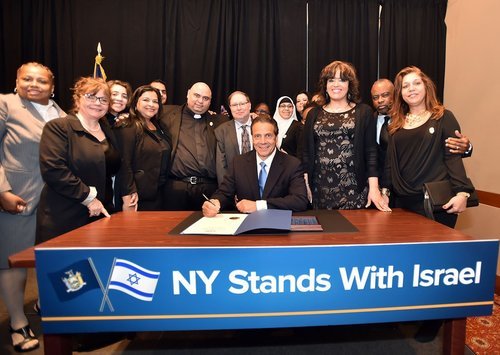 “On behalf of the World Jewish Congress American Section I am delighted to mark this momentous occasion of Governor Andrew Cuomo signing an executive order condemning boycott, divestment and sanctions,” said Evelyn Sommer, chair of the WJC-North America.

“Governor Cuomo sets an important example to each and every state in taking this strong stance against what is a concerted campaign to harm an American ally. BDS, as the governor noted, is not only against Israel but is against the United States and all Western democracies,” said Sommer.

”It is another form of anti-Semitism, under the disguise of concern for the Middle East political process. It in fact undermines any chance for a genuine and lasting peace as it harms both parties who should be involved in direct negotiations. Governor Cuomo’s assertion that BDS also harms the staunch New York-Israel relationship which is historic, spiritual, cultural, and economic, is evidence that he understands the true nature of America’s most reliable ally in the Middle East. We thank the governor for his leadership and support.”

World Jewish Congress President Ronald S. Lauder also praised the New York governor for his stance, saying: “In the face of rising anti-Israel and anti-Jewish sentiments around the world, Governor Cuomo has shown that New York supports its Jewish community and values America’s friendship with the State of Israel. I hope to see more states and more countries following suit with this strong gesture of friendship.”

“I am signing an Executive Order that says very clearly we are against the BDS movement,” Cuomo tweeted on Sunday. “If you boycott Israel, New York will boycott you,” he added.

It refers to Israel as “a critical and invaluable ally of the United States” and notes “the State of New York and Israel enjoy a special historical relationship and share a commonly forged cultural bond.”