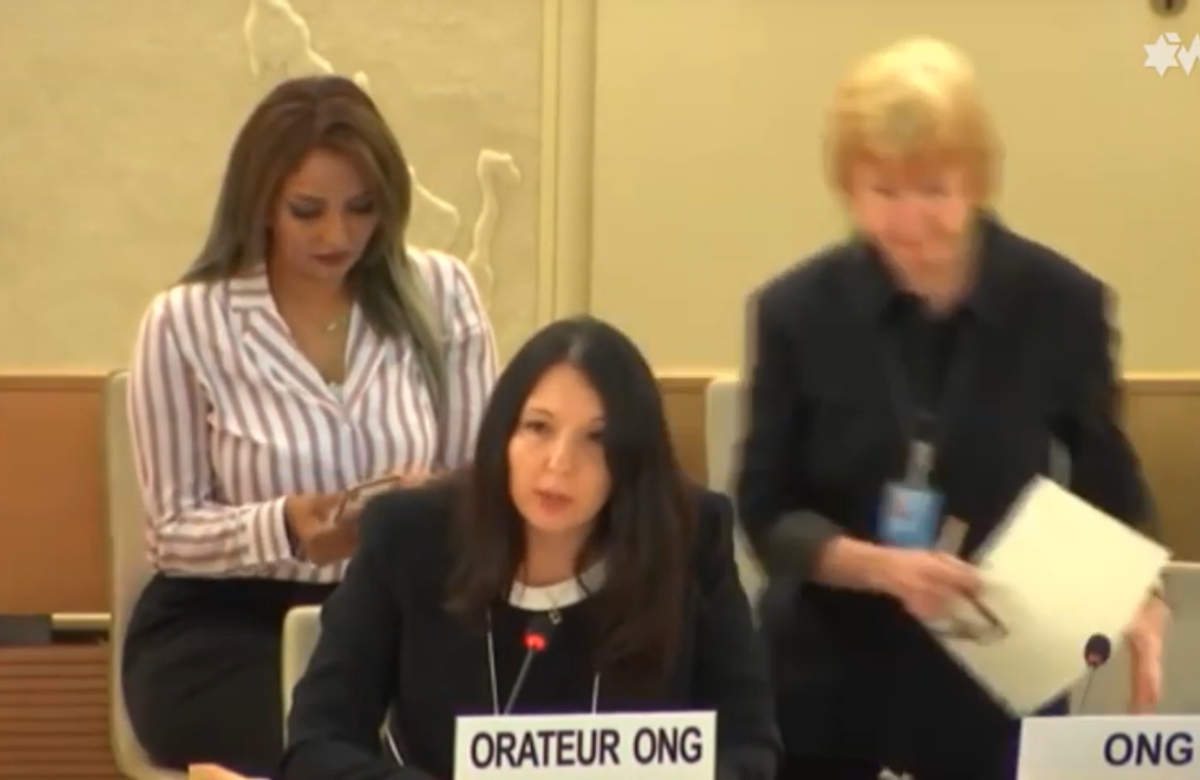 GENEVA - World Jewish Congress Jewish Diplomat Micky Fuhrmann (Germany) delivered a statement on the United Nations Human Rights Council floor on July 3rd on behalf of the WJC, urging the Council to take every possible action and help the children imprisoned by the Iranian government.

“On April 25, two 17-year-old cousins were executed by the Iranian government for an alleged crime committed when they were 15 years old.

These teenagers, Mehdi Sohrabifar and Amin Sedaghat, were reportedly forced to confess under torture and were also flogged prior to their executions. Neither their families, nor their lawyer had been informed that they had been sentenced to death.

The executions of child offenders in the Islamic Republic of Iran has continued over decades in an abhorrent violation of the country’s international human rights obligations.*

According to the report of the Special Rapporteur, at least 61 child offenders have been executed in Iran since 2008 after unfair trials. Approximately 90 young people are currently on death row. Girls can be sentenced to death as young as nine years old and boys as young as 15.
With the greatest number of executions of juveniles in the world, Iran constantly disregards human rights and derides the UN’s basic principles.

The World Jewish Congress urges this Council to take every possible action to end this grave and urgent situation, to pressure the Iranian government to amend the penal code on juveniles and to help save the lives of children languishing in the country’s prisons.”

* Such as the Convention on the Rights of the Child and the International Covenant on Civil and Political Rights, to which Iran is a party.