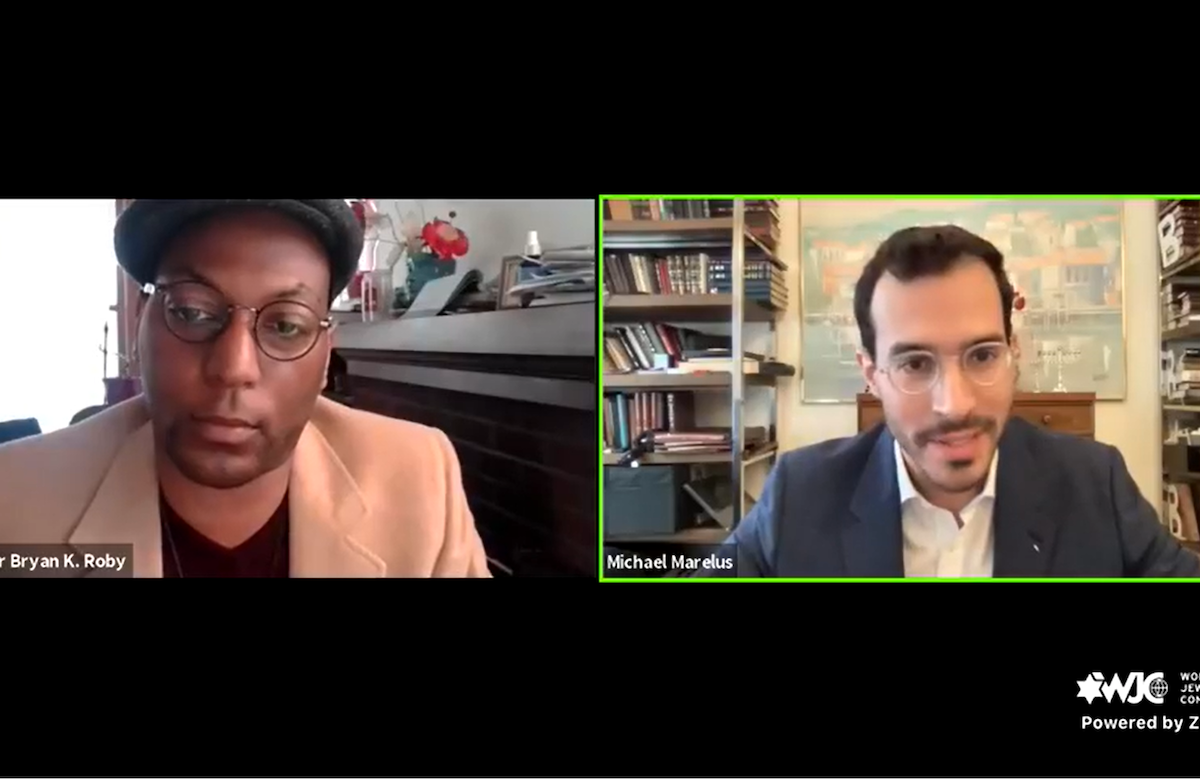 Ahead of Yom HaShoah, Professor Bryan K. Roby of the University of Michigan joined the World Jewish Congress for the latest installment of WebTalks to discuss the often-overlooked story of Jews in North Africa during the Holocaust.

A leading expert on 20th century Israeli and North African Jewish history, Professor Roby shared his thoughts on why the legacy of Jews in North Africa is often excluded from traditional Holocaust education and scholarship, contending that the situation in North Africa was “not as dire” as it was in Europe. As France and Italy continued their colonial and imperial rule over North Africa, Jews in those countries were greatly affected by Nazi Germany occupying the respective mother countries in Europe, including with discriminatory racial laws. Moreover, the lack of “public engagement with Afro-Asian Jew[ish history], particularly from North Africa, and East Africa as well, has led to lack of focus on the tragedies that occurred.”

Professor Roby outlined the specific experiences of Jewish communities in different countries in North Africa and why their impact varied between locations. As an Italian colony, Jews in Libya suffered a great deal due to Mussolini’s rise to power. A former military camp called Jadu was turned into a labor camp. He noted that Tunisian Jews “probably had the most recognizable form of suffering” as approximately one thousand Jews were sent to labor camps. While in Morrocco, the Sultan was quite supportive of the Jewish community and “prevented a lot of the atrocities that we see in other countries.”

Roby noted that there have been efforts as of late to acknowledge the suffering of North African Jews. For instance, Yad Vashem changed the Holocaust memorial prayer to include victims in North Africa and Germany agreed to pay reparations to some Algerian Jews.

In closing, Roby emphasized the importance of ensuring that the history of Jews in North Africa is included in the narrative of the Holocaust, explaining, “the more we know about Afro-Asian Jewish history, the more information we have about Jewish history in general added that there is a moral obligation to acknowledge this rarely told narrative, “people are holding these archives in their bodies and mind and voice, but we’re not listening for now.”