POWAY, California – A World Jewish Congress delegation comprising senior professionals and members of the WJC Jewish Diplomatic Corps arrived in San Diego on Monday to stand in solidarity with the local Jewish community in the wake of the horrific shooting at the Chabad congregation of Poway that claimed the life of Lori Gilbert Kaye and wounded three others. The delegation is representing the more than 100 Jewish communities worldwide affiliated with the WJC, many of which face substantial security threats and significant efforts toward their physical security.

The delegation attended Ms. Gilbert Kaye’s funeral, on behalf of WJC President Ronald S. Lauder and WJC CEO Robert Singer, and will stay in San Diego through Tuesday night to pay its respects and meet with members of the local community.

As the funeral began, WJC CEO Singer said: “Jews around the world stand shoulder-to-shoulder with the Jewish community of Poway in shock and disbelief at the nightmare that unfolded during prayers on the last day of Passover, exactly six months to the date of the massacre at the Tree of Life Congregation in Pittsburgh.”

“The Jewish community of Poway is not alone. As its members grapple with the aftermath of this attack, the latest in a plague of hate-filled violence spreading across the globe, recently targeting churches in Sri Lanka and mosques in New Zealand, people of all faiths must stand together in unity and opposition to all forms of antisemitism and xenophobia,” Singer said.

“Terror is indiscriminate, and we must recognize that unless we do everything in our power to stop it, we are all potential victims. We must be vigilant in upholding our values of liberty, tolerance, democracy, and security for all. All Jews are responsible for one another, and we must protect each other, but we must also stand firmly in solidarity with all religious communities when vile hatred threatens. We must never give in.” Singer added.

The delegation in San Diego is being led by Lauren Rose, Assistant Director of WJC North America. Ms. Rose is available for interviews, upon request, regarding the WJC and global perspective of this tragedy. 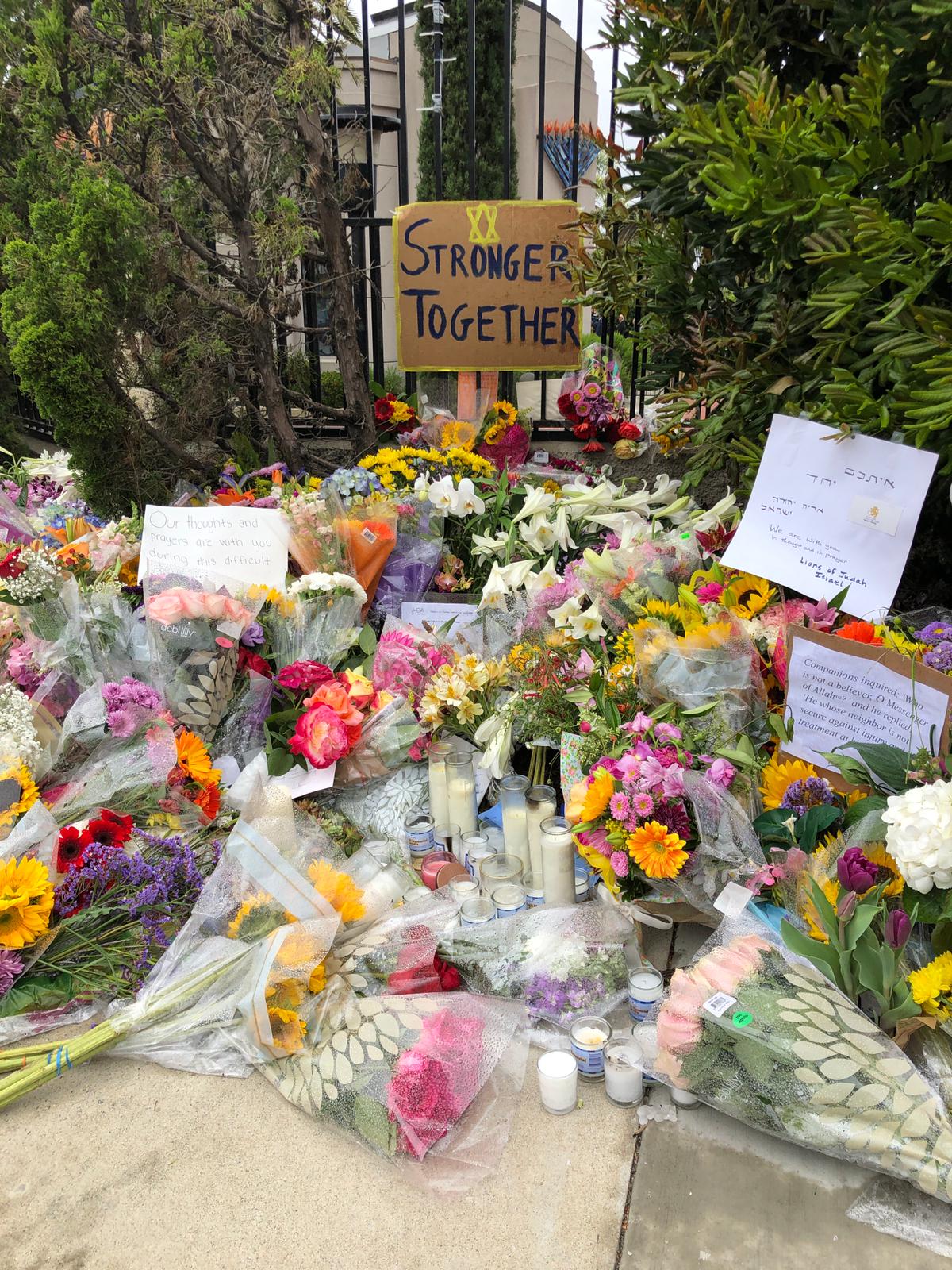 Tribute to the victims outside of the Chabad of Poway Congregation. (c) Courtesy of World Jewish Congress