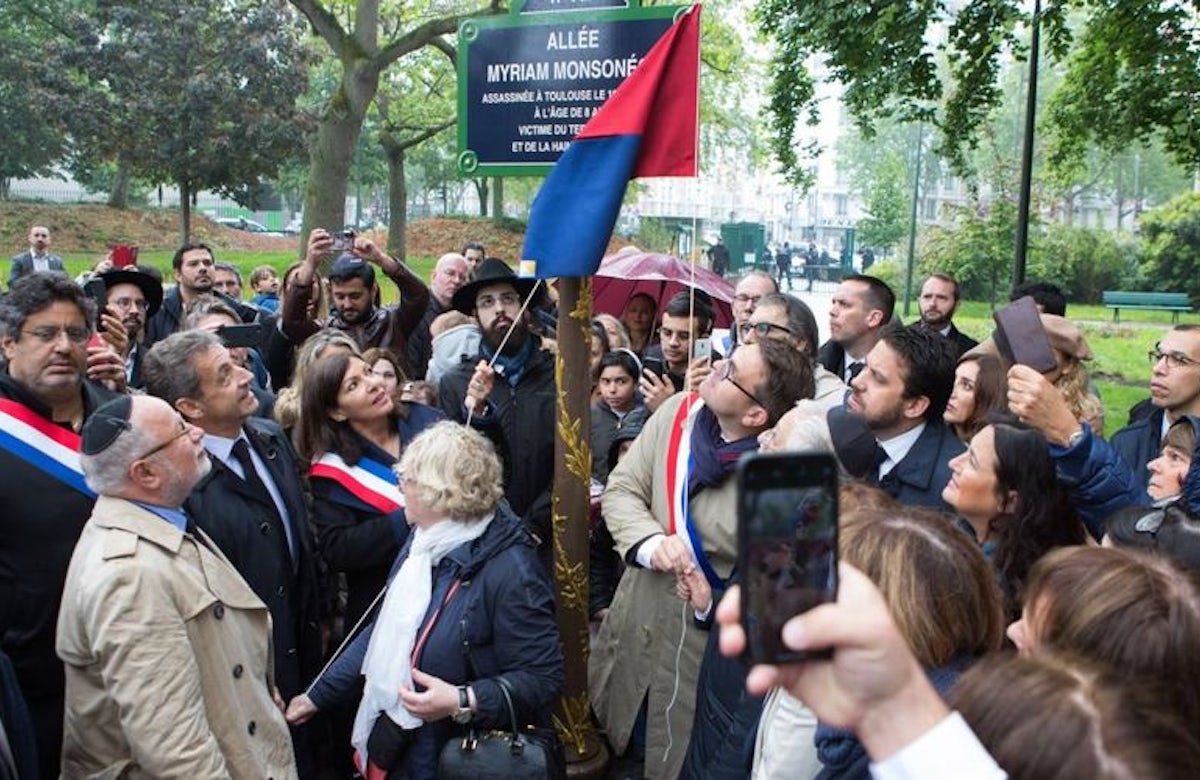 NEW YORK – World Jewish Congress President Ronald S. Lauder has welcomed the decision of the Paris municipality to dedicate a square in the 17th arrondissement of the French capital to the memory of the three children who were murdered by an Islamist gunman at a Jewish school in Toulouse in 2012.

“Paris Mayor Anne Hidalgo and the city of Paris have extended a worthy and sympathetic tribute to the three children who were brutally murdered in an act of ruthless terror in Toulouse, their lives cut short before they even began, simply because they were Jewish. Going forward, all visitors to this square will have the opportunity to honor the vibrant lives that were snuffed out in pure hatred and remember that antisemitism is alive and well in France.

“Successive French governments have declared their commitment to fighting antisemitism and terror. Let this plaque serve as a permanent reminder of the horrors that can occur when hatred continues unbridled. The names of Arie and Gabriel Sandler and Myriam Monsonego will be remembered and honored as an indelible part of the Paris streets, and we hope to see a similar gesture enacted in Toulouse, where these children lived and died. May their memories forever be a blessing,” Lauder said.