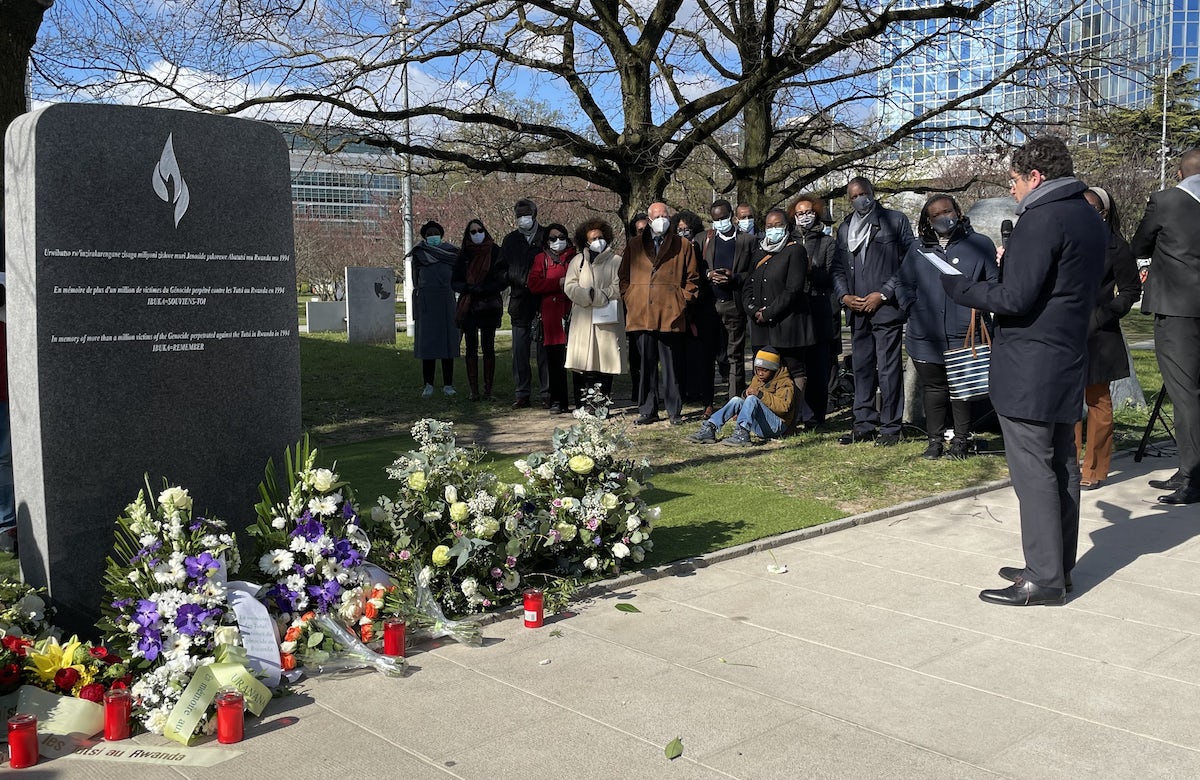 The World Jewish Congress participated in a commemorative event marking 27 years since the the Genocide of the Tutsi in Rwanda outside of the United Nations in Geneva on Wednesday.

“When the world came together in December 1948 to adopt the Genocide Convention, a few years following the horrors of the Holocaust, it gave the promise of ‘Never Again.’ We all pledged to remain alert and respond to all signs of the possibility of genocide and other such crimes,” said WJC Representative to the UN in Geneva and UNESCO Leon Saltiel, who delivered remarks on behalf of the organization. “Regrettably, in the decades that followed,  ‘Never Again’ has become ‘Again and Again.’”

“Like in the Holocaust, the signs of the looming genocide against the Tutsis were there early on. The dehumanization process, a necessary predecessor to genocide, was in full effect. People were called ‘cockroaches’ and the radio was used to propagate these messages of hatred. And when the atrocities started to happen, many governments and organizations shamefully watched and criminally stood idle,” Saltiel said.

In closing, Saltiel  pledged that the WJC will continue to learn and share  the tragic lessons of history in order so that history will not repeat itself, saying, “We pledge to promote genocide education, as a way to honor the memory of the murdered and teach the new generations the values of tolerance and coexistence. We pledge to fight hate speech and all efforts to marginalize and stereotype minority communities and other vulnerable groups. We pledge to collect testimonies, gather evidence, and honor the survivors. We pledge to work together against all those who promote genocide denial and distortion. And we pledge our commitment for a world where the respect of human rights and the rule of law is a reality for all...The World Jewish Congress and the Jewish people pledge to be on your side, to work together for a world with more respect and solidarity, a world free from genocide.”

The event was organized by Ikuba Switzerland, the Genocide survivors organization and was attended by Ms. Tatiana Valovaya, the Director-General of the UN Office in Geneva. Other speakers included the President of Ibuka Switzerland, Mr. Cesar Murangira, the Permanent Representative of the Republic of Rwanda to the UN in Geneva, Ambassador Marie Chantal Rwakazina and the Vice-President of the Administrative Council of the City of Geneva, Ms. Frédérique Perler.