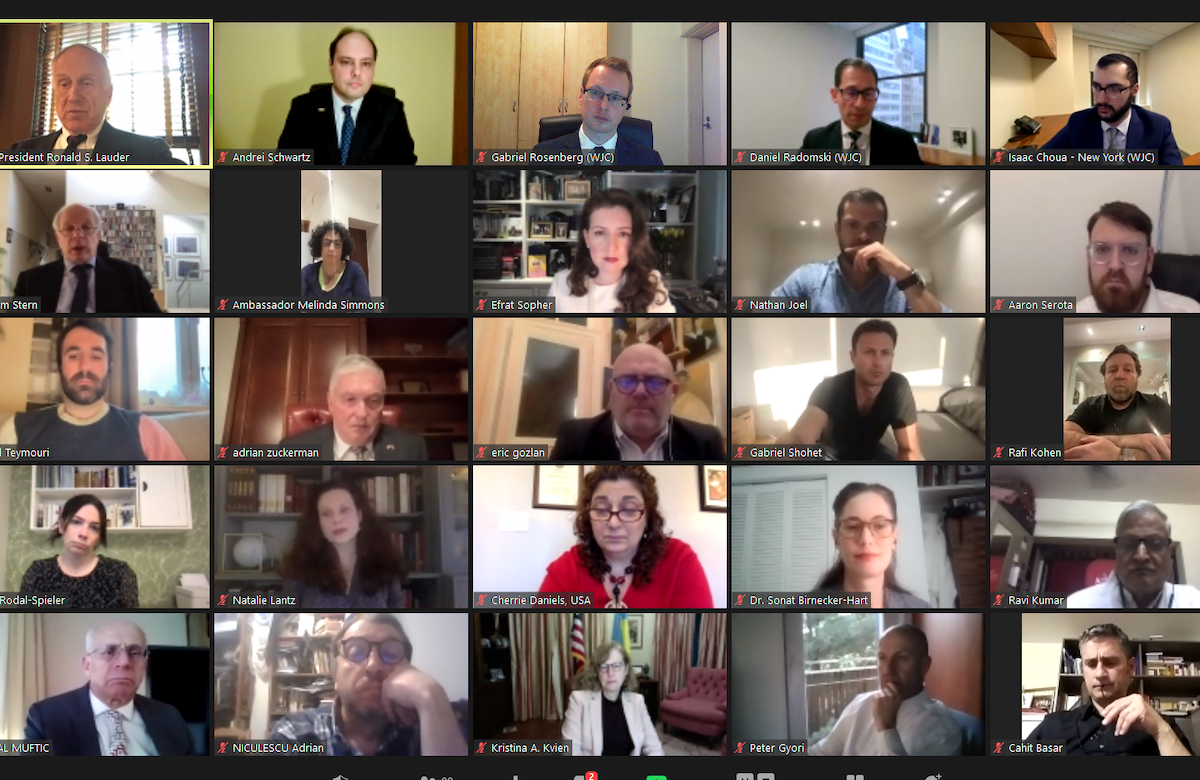 As the Jewish world enters its second Passover during the COVID-19 pandemic, the WJC Jewish Diplomatic Corps hosted a Virtual Passover event on 24 March, reflecting on the importance of Jewish unity and tradition. The event featured over 200 participants from around world - including diplomats, as well as leaders of the Hindu, Christian, Islamic, and Bahá'í communities - who reflected on the challenges facing their communities.

The event featured opening remarks from WJC President Ronald S. Lauder, who spoke about the importance of teaching and passing down traditions, noting that Passover teaches “not only the idea of what it means to go through slavery and be freed, but what it means to be a Jew and to me this is the most important thing you can do.”

Chaya Singer, of the Jewish Diplomatic Corps, agreed with Lauder, adding that Passover “informs our collective memory of more current events too.” Singer discussed the continued impact remembrance continues to have on Jewish people, noting that “At a time when the generation of Holocaust survivors are passing on, the responsibility of gathering and preserving their eyewitness testimony remembrance is an essential deterrent against antisemitism.”

WJC Jewish diplomatic Corps member Andrei Schwartz (Romania), who moderated the event, highlighted the importance of educating and intriguing the children at the Seder, saying “As a nation, we must know our past, our history, to effectively pass on our rich inheritance to our children and to our next generation.”

Joining the event was Chief Rabbi of the United Arab Emirates Rabbi Yehuda Sarna, who noted this Passover is unique given Israel’s recent normalization agreements with several Arab countries. Sarna described the Abraham Accords as “more than a normalization” but “a family reunion,” adding that he looks forward to welcoming a WJC Jewish Diplomatic Corps delegation to the UAE in the future.

Closing the event, WJC Jewish Diplomatic Corps Member Vivian Tessone called on participants not only to remember historical events that impacted the Jewish people, but to " reenact the events as a first-hand experience.”