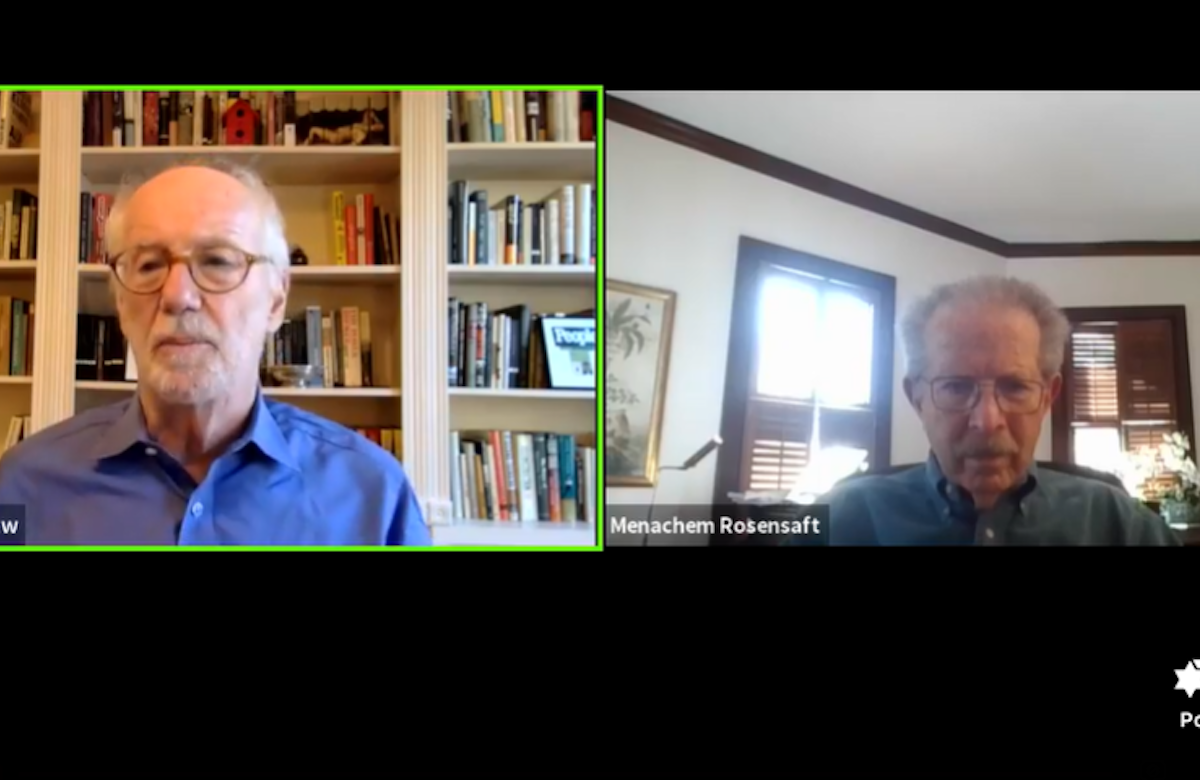 In the latest installment of WJC’s WebTalks, WJC Associate Executive Vice President Menachem Z. Rosensaft sat down with Professor David Nasaw for a  WebTalk to discuss his recently published book, The Last Million: Europe’s Displaced Persons from World War to Cold War and the fate of Holocaust survivors and other displaced persons after the end of World War II.

Following the end of the Second World War one million refugees -- approximately 250,000 of whom were Jewish – were left in a state of limbo and were forced to live in displaced person (DP) camps. Many of these Jewish survivors spent upwards of three to five years in across Germany, including Bergen-Belsen.

Nasaw stressed that, “for the survivors of the camps, mourning, apathy was not a choice. They refused to let Hitler win.” As a result, survivors were proactive in documenting their stories and creating communities. Fearing that there would be attempts to erase their stories, survivors created historical commissions in order to preserve their stories. He noted that the birth rate in the displaced camp persons camps was “extraordinary” as survivors sought to create new communities; in Bergen-Belsen alone, over 2,000 children were born between 1945 and 1950.

Moreover, in his remarks, Nasaw explained that the United States’ immigration policy under President Harry Truman affected the fate of survivors. He stated that following World War II, the United States Congress was led Southern Democrats and Midwest Republicans who were opposed to immigration. As a result, President Truman pressured the British to accept Jews into British Mandate Palestine.

While that plan proved largely unsuccessful, there was a large lobbying effort to accept between 200,000 and 400,000 displaced persons into the United States. Nasaw shared that Jewish lobbying groups were involved in the effort but were “afraid to directly ask American politicians to let in Jews, so they just bundled up the Jews in [to the] category [of] displaced person.”

Bergen-Belsen was the largest DP camp in Germany. Established as such just weeks after the concentration camp was liberated by the British forces, the DP camp was often the safest place for Holocaust survivors. AS survivors rebuilt their lives, there was a baby boom known as the “Belsen babies.”