WASHINGTON, DC – Rep. Eliot L. Engel, the senior Democratic member of the House of Representatives Foreign Affairs Committee, was appointed the Chairman of the International Council of Jewish Parliamentarians (ICJP), an initiative of the World Jewish Congress, this week at a two-day meeting of the group’s Steering Committee in New York and Washington.

"I'm honored to be appointed by the ICJP Steering Committee to head this important body,” Engel said, adding that he meeting represented “an important opportunity for Congress to hear from a broad array of Jewish voices on issues of mutual concern."

The Steering Committee, which met with Reps. Henry Waxman (D-CA) and Brad Sherman (D-CA) and was greeted by Rep. Ileana Ros-Lehtinen, (R-FL), heard closed-door briefings from experts and policymakers on Egypt and Iran and held an open-press luncheon with Ira Forman, US State Department Special Envoy to Monitor and Combat Anti-Semitism.

Forman said that the US government viewed with concern the mounting of anti-Semitism around the world, which he said has become “dramatically worse in the last decade” and especially since the financial crisis of 2008-9. He cited France, Hungary and Venezuela, among others, as countries the US was watching closely and said that stopping the assaults across Europe on religious freedoms, such as male circumcision, was “critical to the US government.”

The group, which included lawmakers from Hungary, Ukraine, Belgium, France, Israel, Costa Rica and Canada, adopted resolutions on Iran and anti-Semitism in Europe and Latin America. It soon expects to pass a resolution on religious freedoms in Europe and to send a letter to President Obama calling for the commutation of the life sentence handed down 26 years ago to Jonathan Pollard.

The resolution on Iran denounces it for “its incitement to hatred, anti-Semitism and Holocaust denial” and “reaffirms that Iran must never be allowed to acquire a nuclear weapons capability and that the nations of the world should work to actively prevent Iran from acquiring that capability through diplomacy and economic sanctions, while making clear that all options remain on the table.”

The resolution on anti-Semitism in Europe “applauds the EU Fundamental Rights Agency for compiling and publishing the “Discrimination and Hate Crime Against Jews in EU Member States” survey and “calls upon the Fundamental Rights Agency to follow up on these disturbing findings by publishing and disseminating information about EU and national laws and efforts which are supposed to protect Jewish people and other minorities from discrimination.”

The resolution on anti-Semitism in Latin America calls on governments to “strongly commit to fighting anti-Semitism, hate crimes and all forms of discrimination and intolerance, execute long-term strategies for those purposes, and enact anti-discrimination laws and effective implementation mechanisms.”

"The work of the ICJP is important for Jews everywhere,” Engel said, “and I am proud and honored to help lead and uphold its important mission." 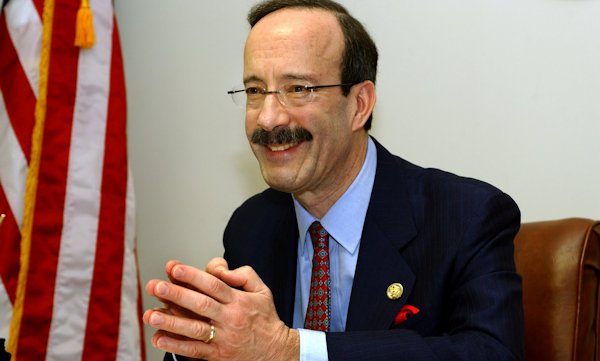 Rep. Eliot L. Engel, who represents parts of The Bronx and Westchester, is the ranking member on the House Foreign Affairs Committee and also serves on the Energy and Commerce Committee. He is the founder and co-chair of the House Oil and National Security Caucus, which is seeking clean, energy efficient alternatives to America's over-reliance on oil, and a member of the Democratic Task Force on Health and the Commission on Human Rights.

Engel has championed energy independence, affordable housing, healthcare reform and education. He authored the Syria Accountability and Lebanese Sovereignty Restoration Act of 2003, which sparked international pressure on Syria to withdraw from Lebanon, and sponsored a key resolution recognizing Jerusalem as the undivided capital of Israel. He is the House leader on US policy toward Latin American and the Caribbean. In addition, he has written important laws relating to Albania and Kosova, Cyprus, Irish affairs, and is co-author of the Harkin-Engel Protocol, which addresses the child slave labor in the cocoa fields of Africa.

The International Council of Jewish Parliamentarians, an initiative of the World Jewish Congress, was founded as an informal association of Jewish parliamentarians and elected officials from around the world who meet periodically to promote democracy and human rights and combat racism, anti-Semitism and all forms of bigotry. It serves as a platform to support Israel, support an enduring Middle East and security of Jewish communities around the world and explore best practices.