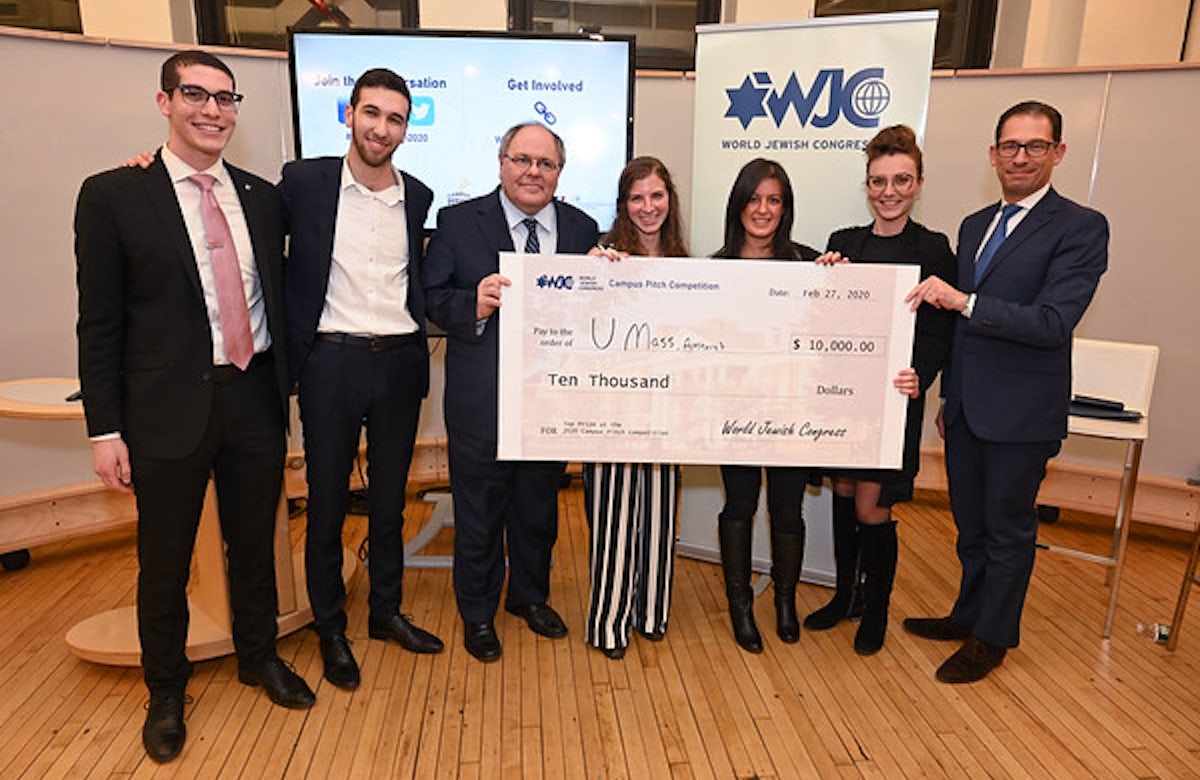 NEW YORK – The World Jewish Congress and the Israeli Consulate in New York on Thursday awarded a $10,000 grant to University of Massachusetts (Amherst) student Stephanie Margolis, for her proposal at the 5th annual Campus Pitch Competition to bring Israel to life. The Campus Pitch Competition was founded in 2015 to encourage students to change the dialogue about Israel and antisemitism at their schools, with the support of the WJC and the Consulate.

Margolis’ project, The Israel Connection, highlights the fact that discourse about Israel should not be a black-and-white issue, by encouraging students to submit thought-provoking images of a place or experience that they had in Israel. That image, along with a curated paragraph explaining its context and importance, will then be added to a six-foot black and white felt cube that shows the range of experiences and opportunities in Israel held dear to other students. Once filled, the cube will be transformed from its black and white juxtaposition to a gallery of Israel, in living color.

Margolis praised her fellow student competitors for their “incredible ideas,” and expressed her excitement at bringing this project forward to her campus, and eventually, across the United States.

Margolis contended against four other student groups to take home the $10,000 prize. The other contenders included Ohad Shary and Moshe Kwiat, of Hebrew University; Marcus Bernstein, of Drexel University; Matthew Wigler and Jacob Woolf, of Trinity College; and Elan Bolendar and Yeshey Tshogyal, of Baruch College. Their proposals were evaluated by a team of judges including World Union of Jewish Students (WUJS) President Jonathan Braun, Israeli Consulate Director of Programming and Public Affairs Miryam Khononov, and Liran Yechiel, a member of the WJC’s Jewish Diplomatic Corps.

Consul General of Israel in New York, Amb. Dani Dayan, told the contenders: "It is such an honor to see the Startup Nation spirit come to New York. In light of the city's recent spike in antisemitism, these talented young leaders are the key to ensuring that hate has no place here. Their innovations give me hope that the young generation can lead us to a brighter future."

WJC’s Head of Programming & Strategy Daniel Radomski, underscored the fact that “initiatives like the Campus Pitch Competition are critical in the effort to foster open and respectful dialogue between students on issues related to Israel and the Jewish people. The World Jewish Congress is proud to support these talented young individuals and look forward to seeing the results of their work upon their return to campus.”

While Margolis will be walking away with the $10,000 first-place prize, runners up Bolendar and Tshogyal will receive a $5,000 grant. All other participants will be returning to their campuses with $1,000 in funding to help propel their projects.

The Campus Pitch Initiative debuted in New York in the fall of 2015 for students in the Tri-State area. Following a successful expansion to the United Kingdom, the competition is now open to a global audience. 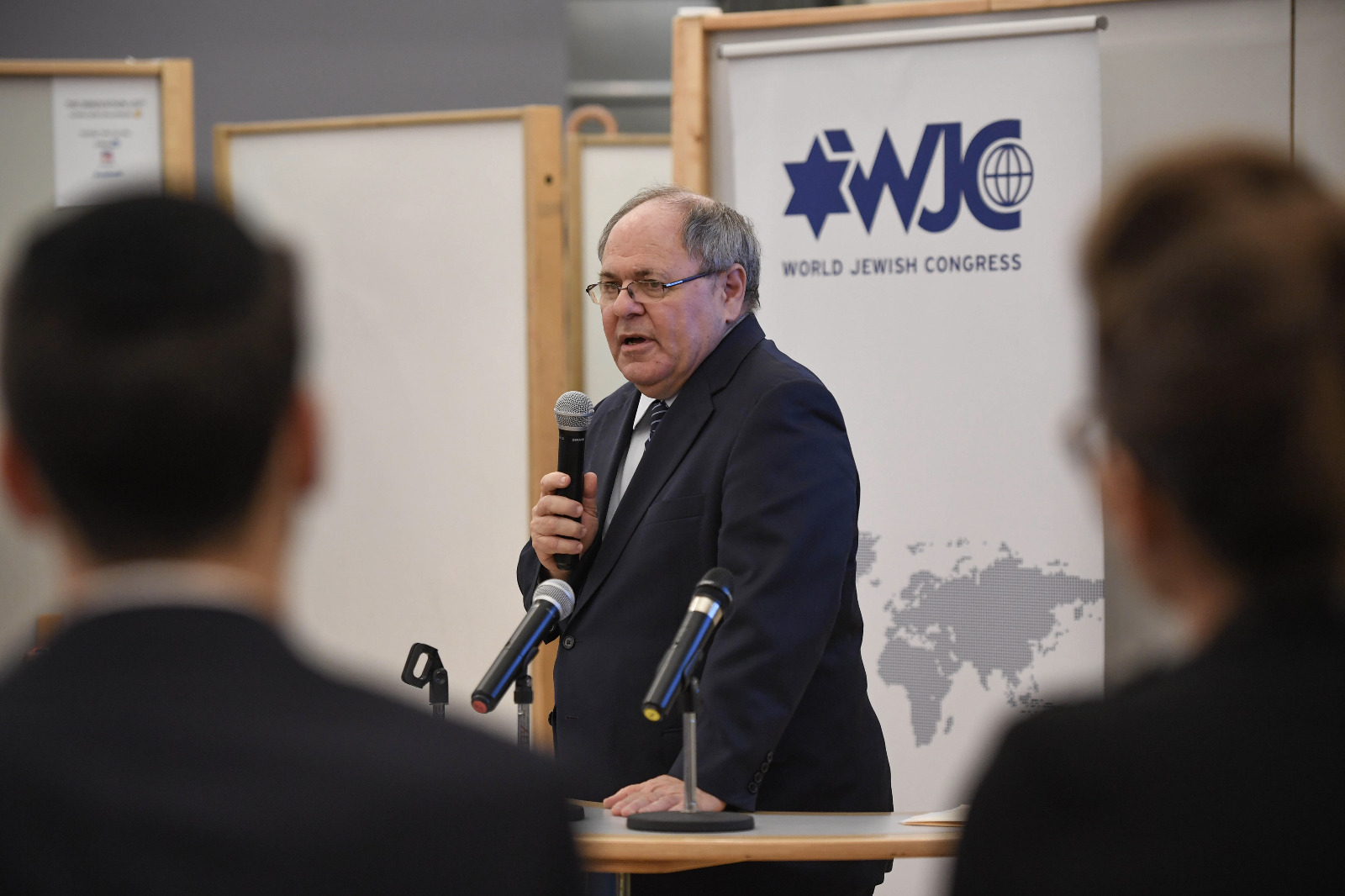