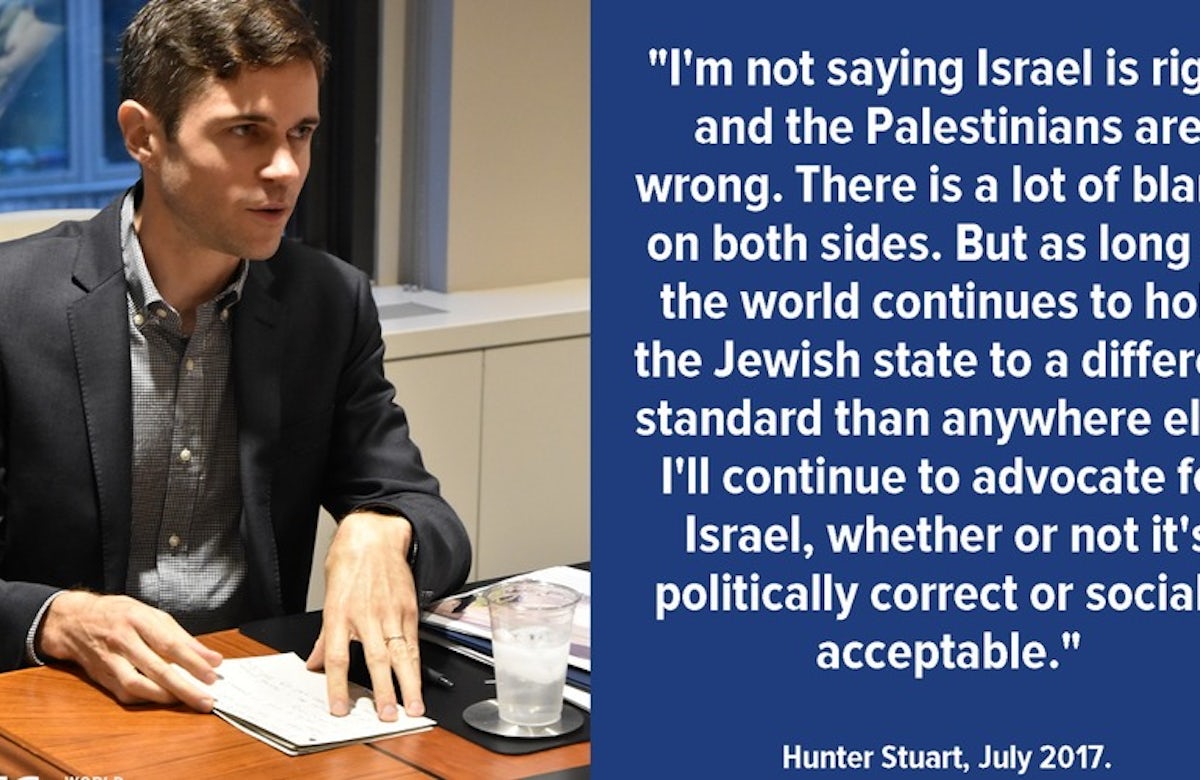 NEW YORK - The World Jewish Congress and Honest Reporting on Monday hosted American journalist Hunter Stuart for a frank discussion on how his perception of the Palestinian-Israeli conflict shifted during his 1.5 years living in Jerusalem and reporting from the region.

Speaking before a packed house at the WJC headquarters, Stuart described his upbringing as a self-declared liberal WASP from a “quaint, politically-correct New England town,” a “liberal bubble” where it was “considered cool to refer to Israel as a ‘colonial power’ or an ‘apartheid state’.” 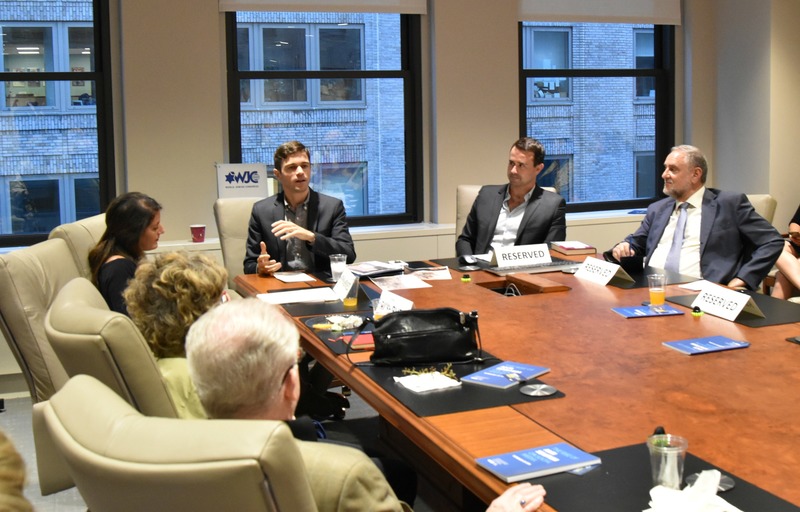 Stuart went on to study at liberal Middlebury College in Vermont, and moved to Brooklyn to become a freelance journalist, where his “obsession” with the Middle East grew, along with his negative perception of Israel and conviction of Palestinian victimhood. “The same way that I thought of Israelis as a bunch of paranoid extremists, I thought of Palestinians as a noble native people who only wanted freedom,” Stuart said. “I thought they were fighting for a two-state solution and Israel was preventing them from having it.”

He moved to Israel in the summer of 2015 to work as a freelance journalist, buffing up his Arabic skills before the trip to enable him to converse better with local Palestinians. He found a place to live in the center of west Jerusalem, and soon found himself confronted in intense arguments with facts and questions he had never considered. “I soon saw that Israel was very different than the way I’d pictured it,” he said.

Stuart met a diverse range of people over the course of those first few months, including proud Muslim and Druze Israelis, Yemeni and Iranian and Moroccan Jews, even an ultra-Orthodox rabbi with whom he established a good friendship.

He was surprised to learn how small Israel is, which prompted some thoughts about the proximity and threat of Israel’s enemies. “I learned that Israel is about the size of New Jersey. Suddenly I thought, what if I was living in Trenton and Hezbollah had its capital in Philadelphia, the PLO was based on the Jersey Shore, and Hamas was based in Princeton – so close they could dig a tunnel to where I was living. How would I feel then?”

“Suddenly, I began to see Israel not as a powerful Goliath but as a tiny, vulnerable island in a sea of 300 million Arabs,” he said.

His view of Palestinians also began to change. Within a few months of his arrival in Israel, Palestinian stabbing and car-ramming attacks became a frequent occurrence, particularly in central Jerusalem where he was living. Many of the Palestinians he came into contact with at that time while reporting in Jerusalem, the West Bank and Gaza, told his outright that they opposed a two-state solution and did not even want to live side by side with a Jewish state. 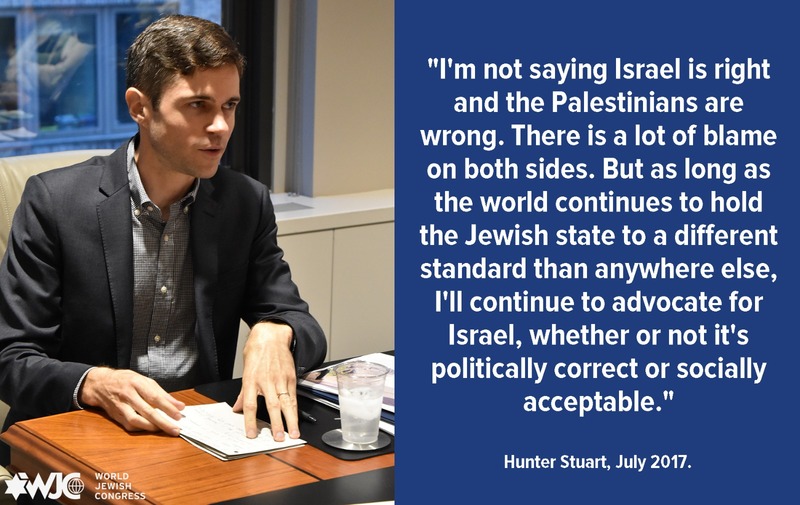 “Even more shocking were the Palestinians who told me they supported the attacks against Israeli civilians. I know Palestinians have suffered immensely. I saw entire neighborhoods in Gaza turned into rubble by Israeli bombs. In refugee camps in the West Bank, I met parents who had lost children to bullets that came through their living room windows,” Stuart said.

“The tragedies they have suffered are unfathomable. But none of that justifies the killing of civilian and it never will,” he said.

One of the greatest sources of the misinformation about the conflict and the bias against Israel, Stuart said, is that the world relates to attacks in the West or elsewhere as terrorism, but when it comes to Israel, “the narrative is different. It’s this defiant act, almost bravery.”

Stuart said that he still identifies as a liberal in many ways, but has come to see the hypocrisy that has become the norm. His experience in Israel taught him just how complex the Israeli-Palestinian conflict is.

“I’m not saying Israel is right and the Palestinians are wrong. There is a lot of blame on both sides. But as long as the world continues to hold the Jewish state to a different standard than anywhere else, I’ll continue to advocate for Israel, whether or not it’s politically correct or socially acceptable,” he said.

Read more about Hunter Stuart's experience in the Jerusalem Post and in Honest Reporting.