JERUSALEM – German Ambassador to Israel Dr. Susanne Wasum-Rainer on Thursday underscored Germany’s commitment to combating antisemitism and said that it would not be tolerated, in address at a Jerusalem conference jointly organized by the Konrad Adenauer Stiftung Israel office and the World Jewish Congress’ Israel Council on Foreign Relations.

Commenting on the recent remarks of Felix Klein, Germany’s commissioner to combat antisemitism, that Jews should avoid wearing kippot in public, Wasum-Rainer declared, “The kippah belongs to Germany.” Still, she cautioned against “overstretching” notions of antisemitism to include criticism of Israeli government policies. 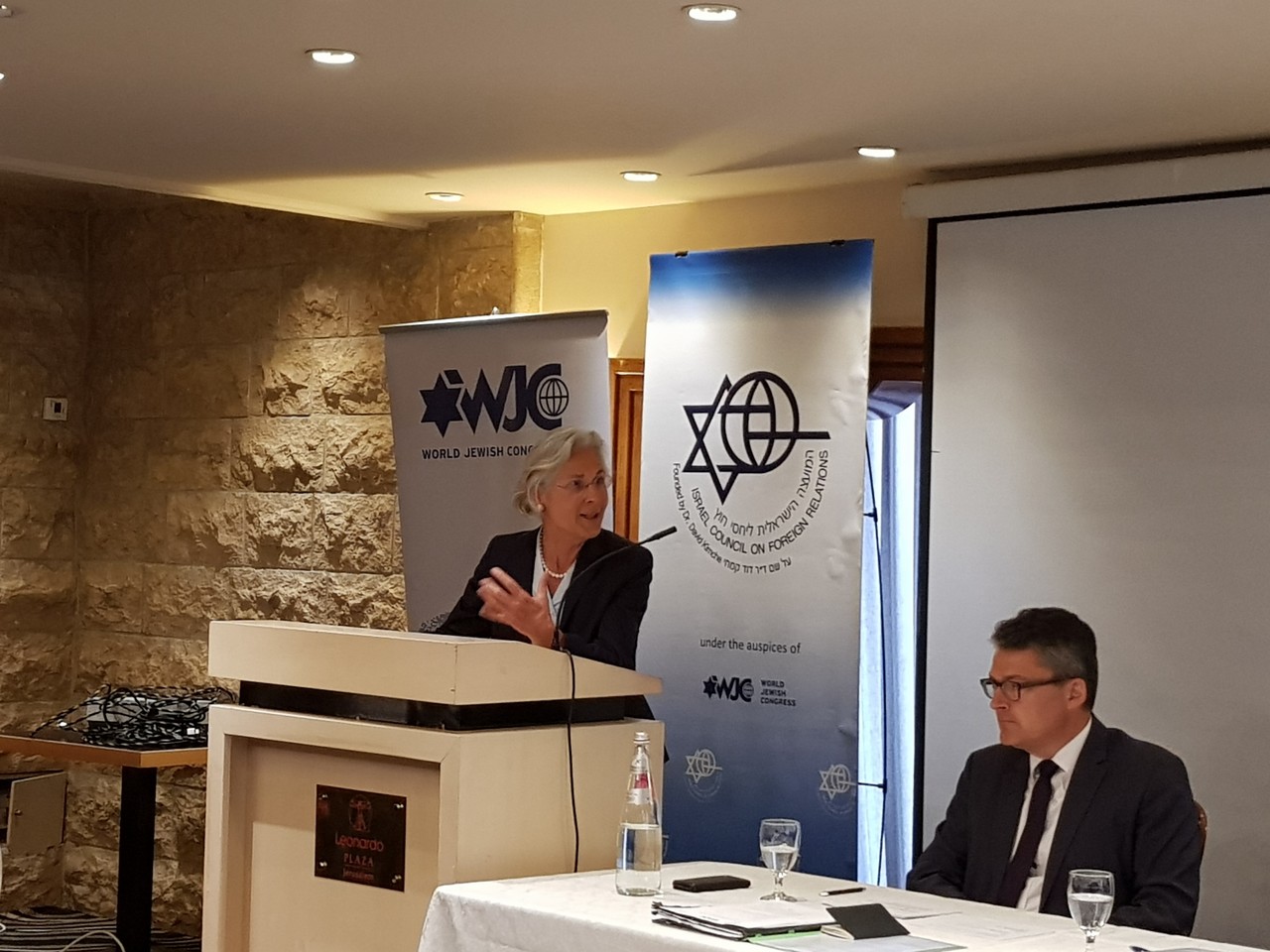 The ambassador also warned that if Israeli politicians entertain the idea of annexing the West Bank, Germany would view that as a violation of international law and would see it as something that would put in jeopardy the Jewish and democratic character of the State of Israel.

Responding to a question on Germany’s position on why refugee status for Palestinians is perpetuated, MP Col. (ret.) Roderich Kiesewetter, CDU/CSU faction spokesman of the Foreign Affairs Committee at the German Bundestag said that he agreed that that should not be the case. He noted that his own family had been refugees from Silesia and Hungary but that he was totally integrated into German society.