Shavuot 2020 | From the foot of Mount Sinai, bound in Jewish unity

The festival of Shavuot celebrates the auspicious moment in biblical history when, amid the uncertainty of wandering blind through the desert, the children of Israel received the Torah – the guidelines for their very lives – and became the Jewish people.

In the book of Exodus (19:2), we learn that in the days leading up to this momentous event, the children of Israel camped in the wilderness, at the foot of Mount Sinai. Interestingly, the Hebrew verse uses the term “to camp” in the singular tense, even though millions of Jews were present; would it not have made more sense to use the plural form of the verb? The explanation given by our sages is clear: Like never before, the children of Israel were united “as one person, with one heart.” They were the Jewish people.

During our own uncertain times of social distancing, it is worth remembering that we, the Jewish people - no matter where we find ourselves, how physically disconnected we may be and feel from one another - are connected and responsible for each other, as one. Kol Yisraʾel arevim zeh laZeh. The maxim of this Talmudic verse must remain at the forefront of our minds during these challenging times – and also, when individual communities are in need.

The Talmud (Shevuot 39a) extends this idea of unprecedented Jewish unity at the foot of Mount Sinai by focusing on the intertemporal; that is, the idea that Jewish unity spans across time and dimensions, going so far as to explain that all Jewish souls – even those yet to be born, in future generations millenium away – were physically present and spiritually unified at the foot of Mount Sinai, when Moses brought down the Ten Commandments as a gift from G-d. All Jews were present at the giving and receiving of the Torah. All Jews are connected, across time and distance. Jewish unity binds us as one, regardless of our physical or temporal space.

One of the central traditions of the upcoming holiday is Tikkun Leil Shavuot, where Jews gather all night, engaged in the collective study of Torah, concluding only when the sun rises. In both Israel and the Diaspora, there are thousands of such all-nighters filled with fascinating learning sessions, interesting talks, and engaging panels, where Jews of all backgrounds, united in our shared heritage, grapple with the texts, traditions, and ideas studied by Jewish people throughout the ages.

Since making Aliyah from Melbourne, Australia two years ago, I have found Shavuot in Israel to be like a White Night Carnival; late nights and early mornings, swept up in a festival-like atmosphere, with Jerusalem as one of the great epicenters of learning. Over the course of the night, throngs of people traverse the city to listen to their favourite speakers, rabbis/rabbahs and public intellectuals. It is a White Night like no other!

With limits in place preventing large public gatherings, even as Israel loosens its coronavirus restrictions, this year undoubtedly will be different. I am encouraged to see that so many institutions are still enthusiastically engaged with the holiday, while still respecting these health limitations, by preparing smaller-scale events and pre-Shavuot learning digitally to minimize any unnecessary risks.

All Jewish people – no matter where in time or space – were united as one at the foot of Mount Sinai. Let this Jewish unity strengthen us, even in these difficult times of social distancing and uncertainty.

No matter where you are for Shavuot this year, take comfort in knowing that while we cannot gather physically, there are many opportunities to engage with our history and come together (albeit, virtually) to mark this year’s festival.

May the world be healed speedily so that we can gather together again in person soon! 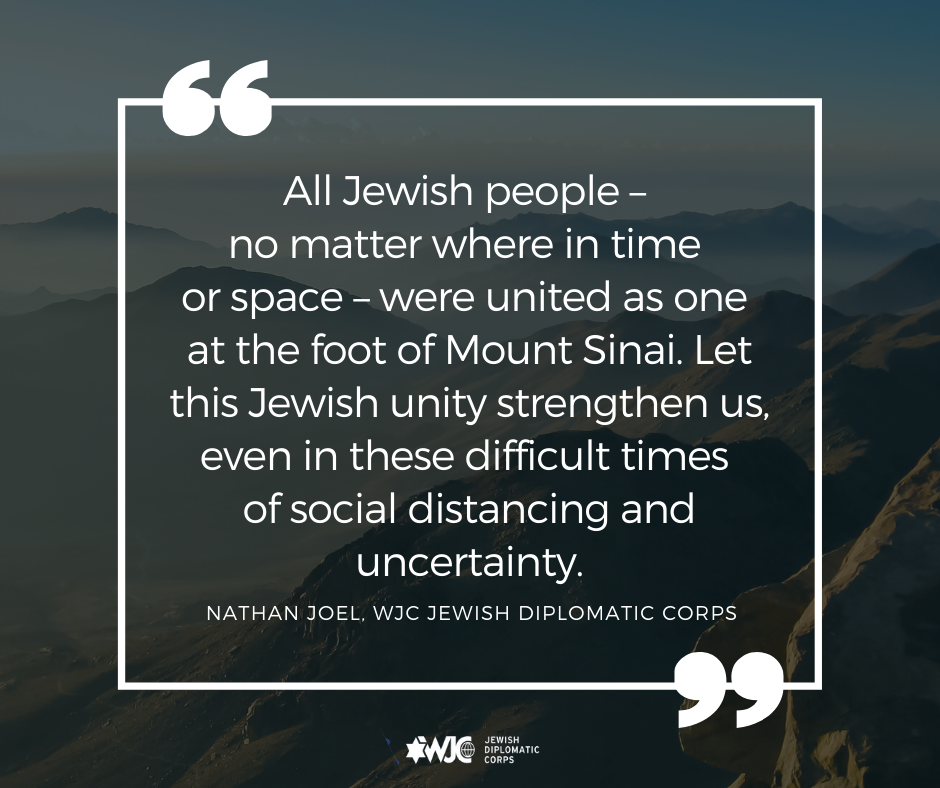