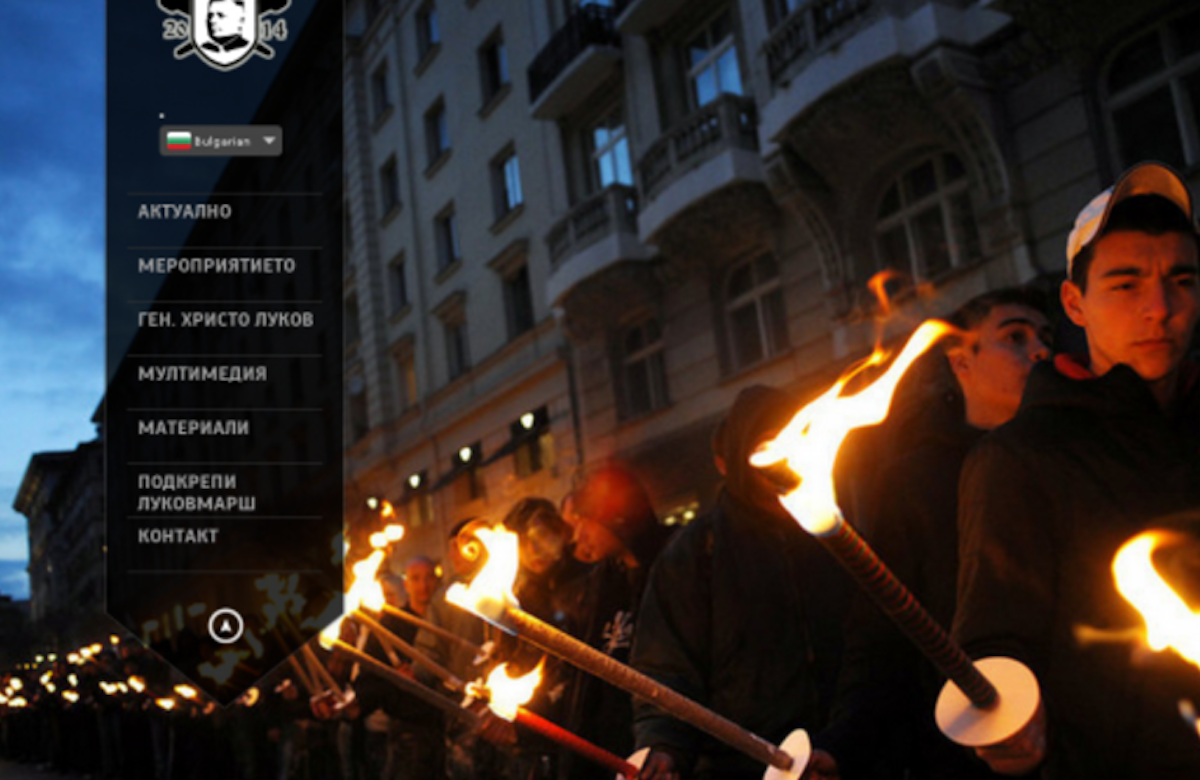 NEW YORK - The World Jewish Congress and the Jewish community of Bulgaria have launched an international campaign demanding that the upcoming neo-Nazi Lukov March be banned, drawing more than 108,000 signatories in a petition to the Sofia government. “We cannot stand by in silence as neo-Nazis and anti-Semites march through the streets of Sofia, in the same dangerous manifestation of the same anti-Semitic ideology that brought about the near destruction of European Jewry,” said WJC CEO Robert Singer.

The annual neo-Nazi march in Bulgaria has been held since 2003, with dark-clad demonstrators holding a torchlit parade in honor of Hristo Lukov, who was leader of the Union of Bulgarian National Legions, a fascist organisation that supported the deportation of 11,34 Jews to Treblinka.

The petition calls on the Bulgarian government to use administrative action to enforce a ban on the march, which continues to occur each year despite efforts to sanction it. “Now, in the 21st century, when intolerance including anti-Semitism is again on the rise in Europe, this continent and its countries and capitals cannot afford displays that echo those disastrous times… Administrative action against the Lukov March must go further than the mere announcement of withdrawal of permission for the event, while in effect allowing it to proceed. There must be no room on the streets of a European capital for a parade that worships a man and an age that represented this most sinister part of our history. In the context of Bulgarian and of European history, permitting the Lukov March would be an abomination.”

“When Bulgaria assumes the rotating presidency of the Council of the European Union at the beginning of 2018, it will be looked to for leadership and to uphold the shared values of the European Union, including those of tolerance and the rejection of extremism and anti-Semitism. In this spirit, we urge your government to be firm in preventing any and every glorification of the Nazi ideology that epitomized the darkest period of the 20th century.”

Lauder also noted in his letter that “Bulgaria has indeed made great strides, particularly since [Borisov’s] recent election, to combat anti-Semitic demonstrations.”  Indeed, last May, Bulgaria’s Deputy Minister for Regional Development Pawel Tanab was forced to resign after a photo of him saluting a Nazi soldier was published. The Bulgarian government also recently passed a law expanding the definition of anti-Semitism in order to protect the Jewish community from anti-Semitic attacks and harassment.”