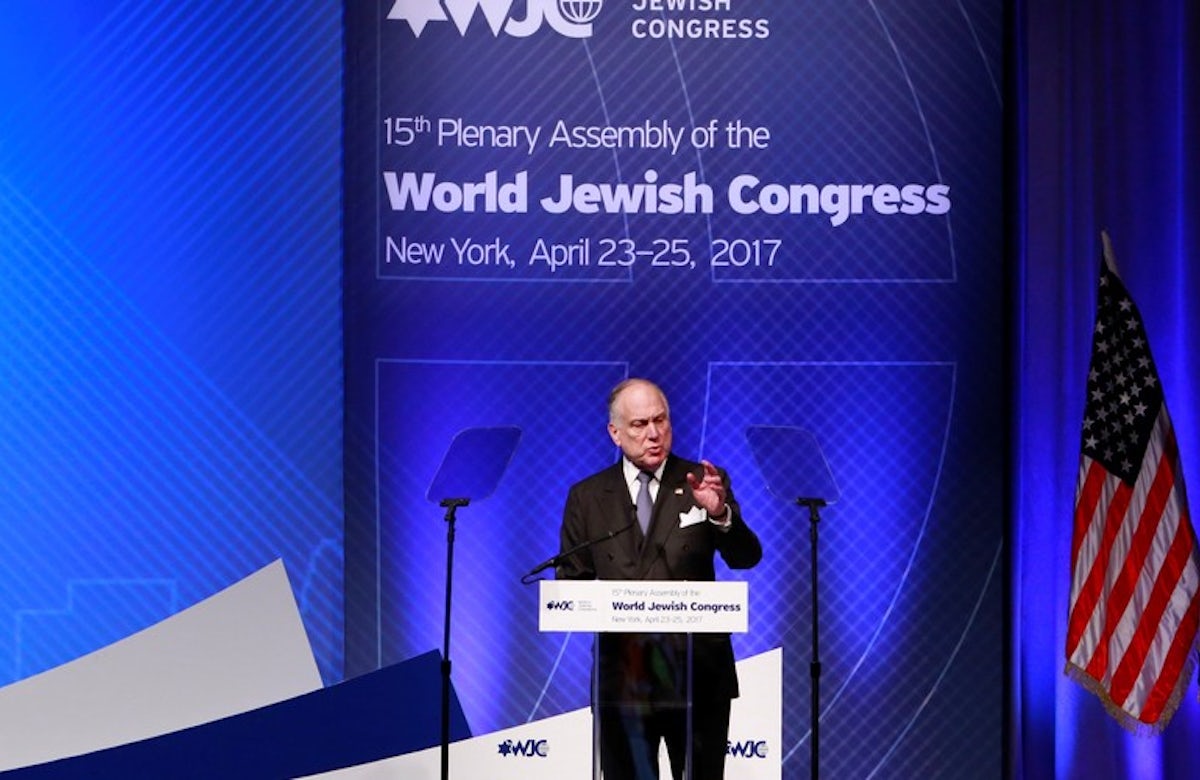 Ambassador Ronald S. Lauder was reelected for a third term as World Jewish Congress president on Monday, at the WJC’s 15th Plenary Assembly in New York. 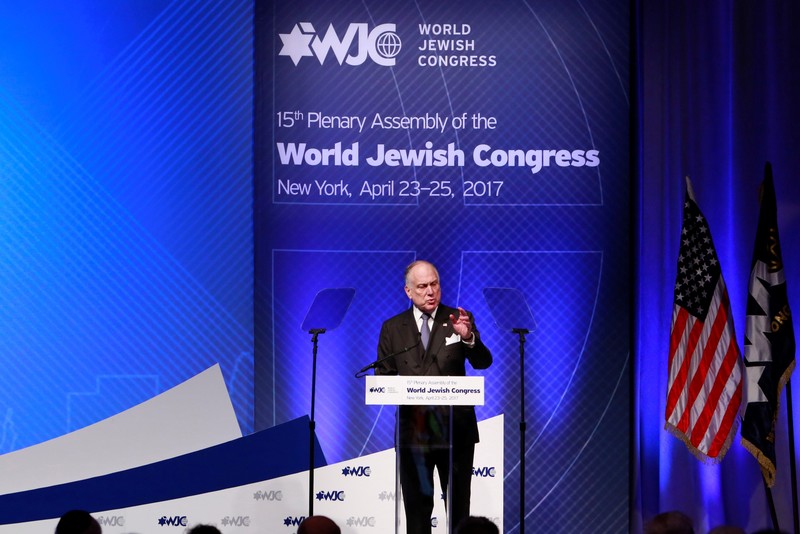 In his address to the more than 600 delegates from 90 countries, Lauder said: “I have done many things in my life, but there is no accomplishment, no title, no honor that I am more proud of than being president of the World Jewish Congress… we are one people, and we take care of each other.”

Lauder spoke to the delegates about the challenges facing the Jewish world, including the anti-Semitic nature inherent in the delegitimization and demonization of the State of Israel. A recent poll conducted by the World Jewish Congress in major Jewish communities around the world found that “the number one concern for Jews today was the increase in anti-Semitism… and the rise of radical Islam,” Lauder said.

He added that “Today, there is a new form if anti-Semitism. Now, anti-Semites focus their hatred of Jews on the world’s only Jewish state. You can disagree with Israel’s policies, but when you talk about and seek the elimination of Israel, then you are an anti-Semite. So, when you hear someone say that they are not ant-Semitic, only anti-Israel, stand up and tell them that is a lie. It’s a lie because when you lie about Israel’s present and past, and when you actively seek its destruction, guess what? That doesn’t make you an anti-Zionist, it makes you an anti-Semite.”

Lauder also pointed to the prevailing anti-Israeli sentiment in the United Nations, saying, “At the UN, truth doesn’t matter. Facts don’t matter. Common sense doesn’t matter.” However, the WJC president praised UN Secretary General Antonio Guterres, who had addressed delegates on Sunday and expressed his commitment that Israel should be treated like every other member state.

The World Jewish Congress has grown and strengthened exponentially over the last 10 years of his presidency, Lauder said. A major undertaking of the WJC during his tenure included the launching of a security department working in tandem with governments around the world to protect Jewish communities, and expanding diplomatic work to meet with important international and government leaders across the globe to advocate on behalf of the Jewish people, Lauder said.