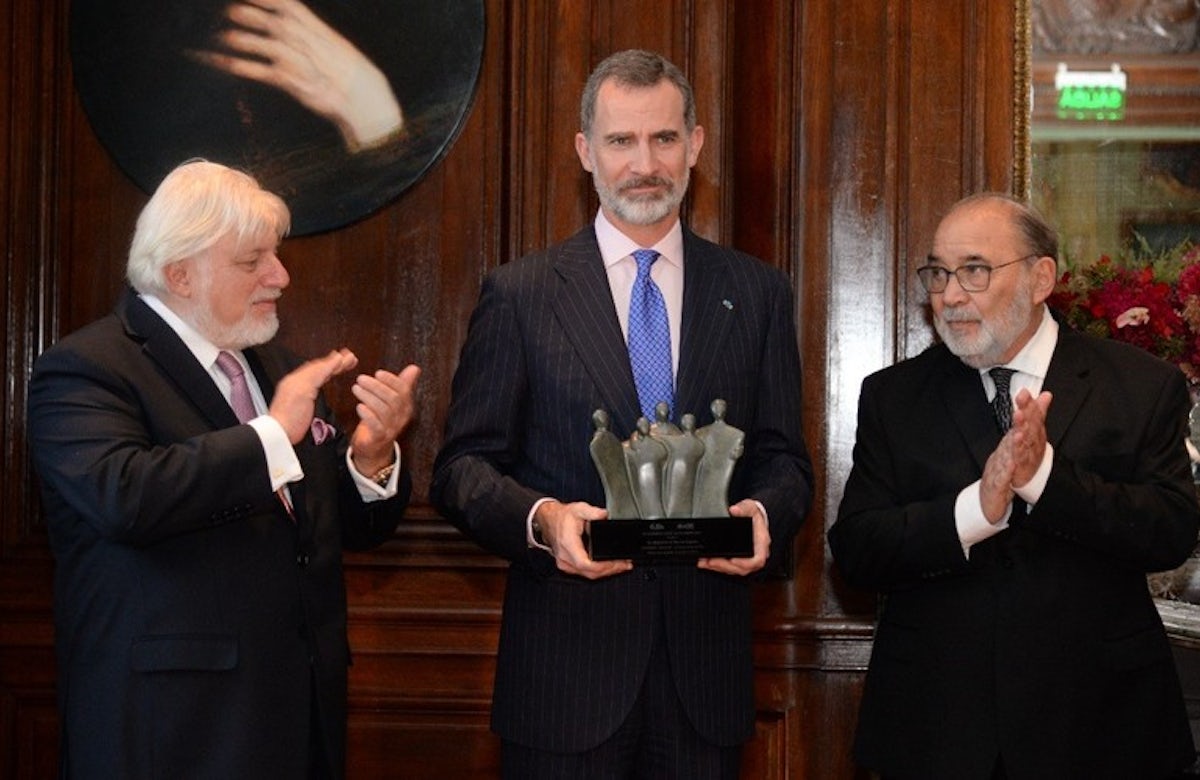 BUENOS AIRES – The World Jewish Congress’ affiliate the Latin American Jewish Congress awarded His Majesty Felipe VI of Spain with the Shalom Prize in recognition of the restitution of civic rights for Jews descended from Spaniards.

"We have been working for a long time to recover the Jewish heritage and restore this ancestral bond so that Spain can recover part of her soul," the king said, upon receiving the award.

“The impact of this measure on the perception of so many Jews around the world is of a dimension that I could not anticipate," he added.

In presenting the award, LAJC President Adrián Werthein said: “Spain is part of Jewish history and the Jewish people are part of the history of Spain, which means that Sephardim of the world should know that they are and always were Spanish. "

Werthein added that the Spanish government’s gesture to Sephardic Jews represents "an example of the commitment to the reconstitution of the identity of those who were expelled dozens of generations ago. These types of gestures are the kind that historically have managed to bring peoples and nations closer "

The Shalom Prize was established in recognition of individuals or organizations that stand out in their efforts to contribute toi peace.

Claudio Epelman, Executive Director of the CJL, said after the ceremony that "the steps taken by Spain are a recognition of the Jewish contribution to Spanish cultural heritage, and the restitution of citizenship to the Sephardic Jews closes a circle underscoring the value of the Jewish presence in the Iberian Peninsula. "

In addition to the officials of the Latin American Jewish Congress, representatives of DAIA Jewish umbrella organization, the AMIA Jewish center, and Ibero-American General Secretary Rebeca Grinspan all took part in the ceremony.

Also present were representatives of different communities in the region and Spain, the Secretary of Worship of the Nation, Alfredo Albriani, the General Secretary of the Government of the Province of Buenos Aires, Fabián Perechodnik and the Ambassador of Israel in Argentina, Ilan Sztulman, and the Spanish Minister of Foreign Affairs, Josep Borrell.

The Shalom Prize was first awarded more than 10 years ago. Recipients have included President of Chile Michelle Bachelet, President of Colombia Juan Manuel Santos, and President of Paraguay Horacio Cartes.