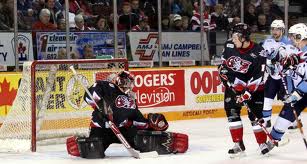 Jason Bailey, a professional US ice hockey player, is suing the NHL team Anaheim Ducks in court, claiming that coaches of one of its affiliate teams subjected him to harassment and anti-Semitic remarks. The 23-year-old is seeking damages in court from the Ducks, the Bakersfield Condors and the two coaches, Martin Raymond and Mark Pederson. According to the complaint, the player endured "a barrage of anti-Semitic, offensive and degrading verbal attacks regarding his Jewish faith" from Raymond. According to the lawsuit, the head coach of the Condors said, referring to Jews that they “only care about money and who's who."

Bailey also alleges that Raymond said "he never wanted his son to be raised Jewish or to wear a yarmulke." Assistant head coach Pederson made anti-Semitic remarks about Bailey, the suit alleges, including, "well, I don't know if we can trust him with the money; he is Jewish." Bailey, who was drafted in 2005 by the Ducks but has not played in the NHL, says he was rarely given ice time and was not provided with resources "that were fully available to the hockey players who were not Jewish.”

According to the lawsuit, the player in 2009 complained to the Bakersfield coaches about the "anti-Semitic hostile work environment" and spoke to Anaheim Ducks official David McNab, who told him the organization "found his complaints unbelievable." Bailey was sent another team, the Iowa Chops, where he got no playing time.

The Ducks tried to send him to the Central Hockey League, but when he claimed the move would be a breach of his contract, the team backed down and suspended Raymond and Pederson briefly and told them to write apology letters, the lawsuit states. Bailey claims the letters were insincere. In one, Pederson allegedly wrote, "I guess I never stopped to think about the impact my statement would have on you or how it would make you feel. It was not intended to insult or hurt in you in any way, but it did, and for that I am truly sorry."

Bernie Farber, the chief executive of the Canadian Jewish Congress, said Bailey’s experience was “more unique than it is anything else. I don’t think people should overreact that there’s a huge problem with sports in general or the NHL specifically.” Farber said the last celebrated case of anti-Semitism he could recall in hockey was in 1968, when Larry Zeidel, a Jewish defenceman with the Philadelphia Flyers, was the target of season-long anti-Semitic slurs by several Boston Bruins players.

Farber praised Bailey for having the “fortitude and strength” to fight back. “It’s very difficult for anybody, but especially if you’re Jewish or black, to stand up to this kind of situation and try to get it resolved,” he said. “You have to admire him for doing it, because in the long run when people do things like this, it helps change things for the better.”

Ottawa rabbi Reuven Bulka, a former president of the Canadian Jewish Congress, said he wouldn’t want people to get the idea that the kind of conduct alleged by Bailey was the norm. “Most hockey players, I would say, are sterling characters. You’ve got a few rotten eggs,” Bulka , who knew Bailey growing up, said.