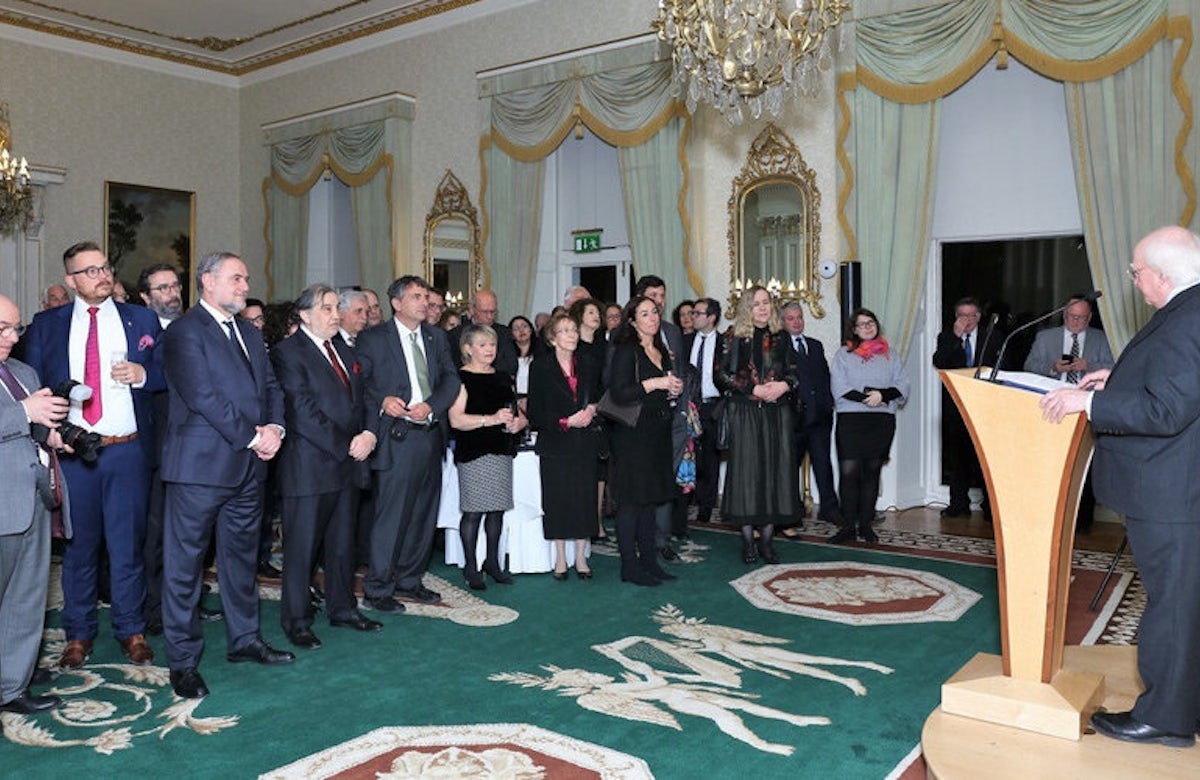 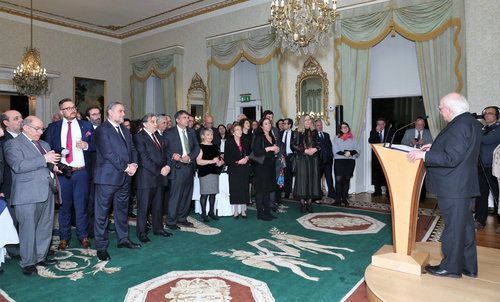 In his speech, Higgins said it was “not acceptable” that armed police was needed these days to guard synagogues and Jewish schools across Europe because of rising anti-Semitism. “Our vigilance is one in which we must all share,” he said.

The Irish head of state also voiced concern over the dwindling of the Irish Jewish community due to emigration. He said: “Irish history is, unfortunately, not exempt from some of the darkest features that have characterized the attitude of other nations towards their Jewish citizens. […]

"Today, Ireland’s Jewish community is getting smaller. Many of the younger generation of Irish Jews have gone to live their lives overseas. To uncover the reasons which led so many of them to leave this island would probably teach us much about ourselves as a society,” said the president.

“Recognizing the full humanity of others, rejecting amnesia, being committed to an ethical use of memory, must not cause us to be frozen by the burden of memory; it must, instead, sustain our capacity to engage with both present challenges and future possibilities. With experience such as yours comes the opportunity and challenge of discerning the universality of human rights wherever and in whatever circumstances they are being denied,” Higgins told the audience, which included many ambassadors and senior representatives of the Christian churches in Ireland.

The third gathering of the WJC’s National Community Directors’ Forum was aimed at fostering cooperation between Jewish communities on issues of common concern, such as strengthening the security of Jewish institutions and fighting anti-Semitism.

Former Irish Prime Minister (Taoiseach) Bertie Ahern addressed a dinner at Dublin Castle on Monday evening and highlighted the importance of dialogue between different nations and factions to decrease tension in the world. 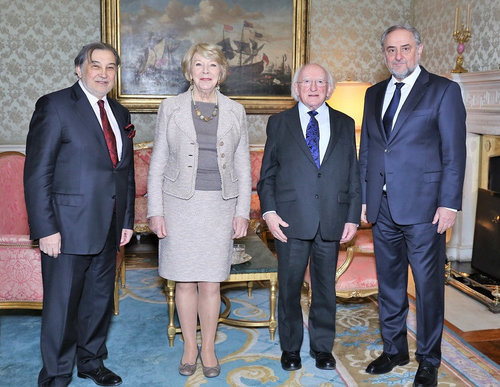 Maurice Cohen, the chairman of the Jewish Representative Council of Ireland, said: “For a small Jewish community such as the Irish, having this meeting here is very important, and it was a great pleasure to host so many colleagues from all over the world in Dublin. We are part of the wider Jewish world, we benefit from the expertise and advice of larger communities, just as they benefit from learning about our Jewish life here.”

World Jewish Congress CEO Robert Singer, who chaired the meeting, declared: “The year 2017 will be another challenging year for many Jewish communities. We had a very productive meeting in Dublin. It allowed participants to network, to learn from the experiences of their peers in other countries, and to raise the concerns of their respective communities.

“Exchanging best practices and equipping Jewish leaders with the necessary tools to do their job are key missions of the World Jewish Congress, and I am glad that the group feels that a network is now in place and producing results,” Singer declared.