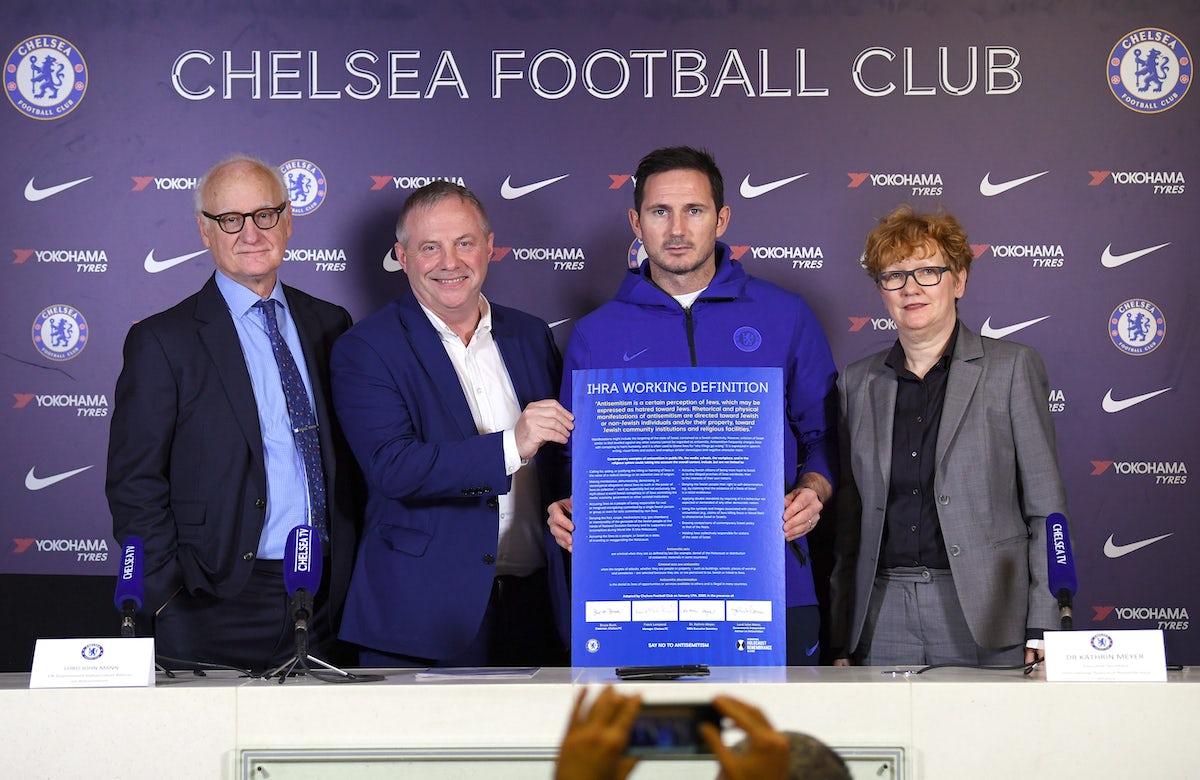 Top players from Chelsea Football Club’s men’s and women’s teams joined the World Jewish Congress 4th annual We Remember campaign on Thursday. The campaign promotes the importance and advancement of Holocaust education and will conclude on International Holocaust Remembrance Day on January 27, when WJC President Ronald S. Lauder addresses to Holocaust survivors, and dignitaries during a commemorative ceremony for the 75th anniversary of the Auschwitz liberation, at the site of the former death camp.

The Chelsea Football Club’s participation in the campaign comes shortly after the club announced that it will officially adopt the International Holocaust Remembrance Alliance’s (IHRA) working definition of antisemitism, becoming the first sports team in the world to do so. The definition has been adopted or endorsed by 18 countries, including the United Kingdom, at a time when antisemitism is on the rise around the world. Chelsea FC’s announcement was made shortly after its presentation of a commemorative mural of Jewish soccer players and prisoners of war sent to Nazi camps.

Chelsea FC Chairman Bruce Buck explained that while the club has been adhering to IHRA’s guidelines to prevent antisemitism, it hoped that officially adopting the working definition would enable it to “further tackle antisemitism and discrimination through better understanding and education.”

“There is still a long way to go, but the fight against antisemitism is one that we believe is necessary. There can be no place in our game or our societies for antisemitism or any form of discrimination and we are proud to encourage those around us to join this vital cause,” Buck said.

Chelsea Football Club has taken a leading role in the efforts to fight antisemitism in the sporting world in recent years. In January 2018, Chelsea partnered with the World Jewish Congress to launch its “Say No to antisemitism." In the subsequent months, in further partnership, the World Jewish Congress and Chelsea Football Club launched “Red Card for Hate,” an initiative encouraging government officials, fans, players, and the public at large to be proactive in the fight against antisemitism and to spread awareness about the importance of combating the phenomenon, on and off the sporting fields.

Players from throughout the club have shown their support for the @worldjewishcong #WeRemember campaign ahead of International Holocaust Remembrance Day.

This is part of our #SayNoToAntisemitism campaign - educating our players, staff, fans and the community about antisemitism. pic.twitter.com/kcrYp1e26L