Jewish-French philospher and writer Bernard-Henri Lévy was in New York on Saturday for the signing new book, 'The Genius of Judaism'. The event was organized by the Ukrainian Institute of America, in collaboration with the World Jewish Congress and the Ukrainian Jewish Encounter. 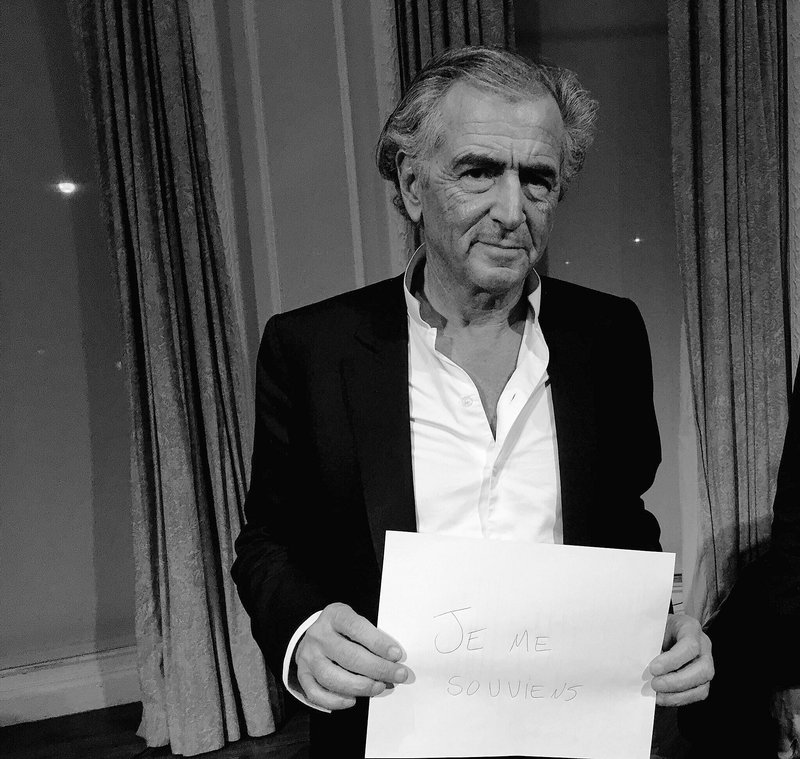 World Jewish Congress CEO Robert Singer, who attended the book presentation, said: "Bernard-Henri Lévy is no doubt one of the most prominent Jewish Thinkers of this century. His views on the diversity of Jewish life and the Jewish future are thought-provoking, creative, unconventional and refreshing.

"During his presentation at the Institute of Ukraine in New York, he dealt with one of the most complex historical relationships: that between Ukrainian and Jewish people during and after the Holocaust.

"The reconciliation process started less than 30 years ago, and it's a very difficult and tense process, whose outcome will define the moral future of Ukraine and its people," Singer said.

In his book, Lévy, widely considered one of Europe's foremost philosophers and activists, confronts his spiritual roots and his Judaism.

The book is a fresh look at what it means to be a Jew today. Lévy's vision is rooted in the Talmudic traditions of argument and conflict, rather than biblical commandments, borne out in struggle and study, not in blind observance.

Lévy also offers a fresh critique of a new and stealthy form of anti-Semitism on the rise as well as a provocative defense of Israel from the left. He reveals the overlooked Jewish roots of Western democratic ideals and confronts the current Islamist threat while intellectually dismantling it. Jews are not a “chosen people,” Lévy writes, but a “treasure” whose spirit must continue to inform moral thinking and courage today.