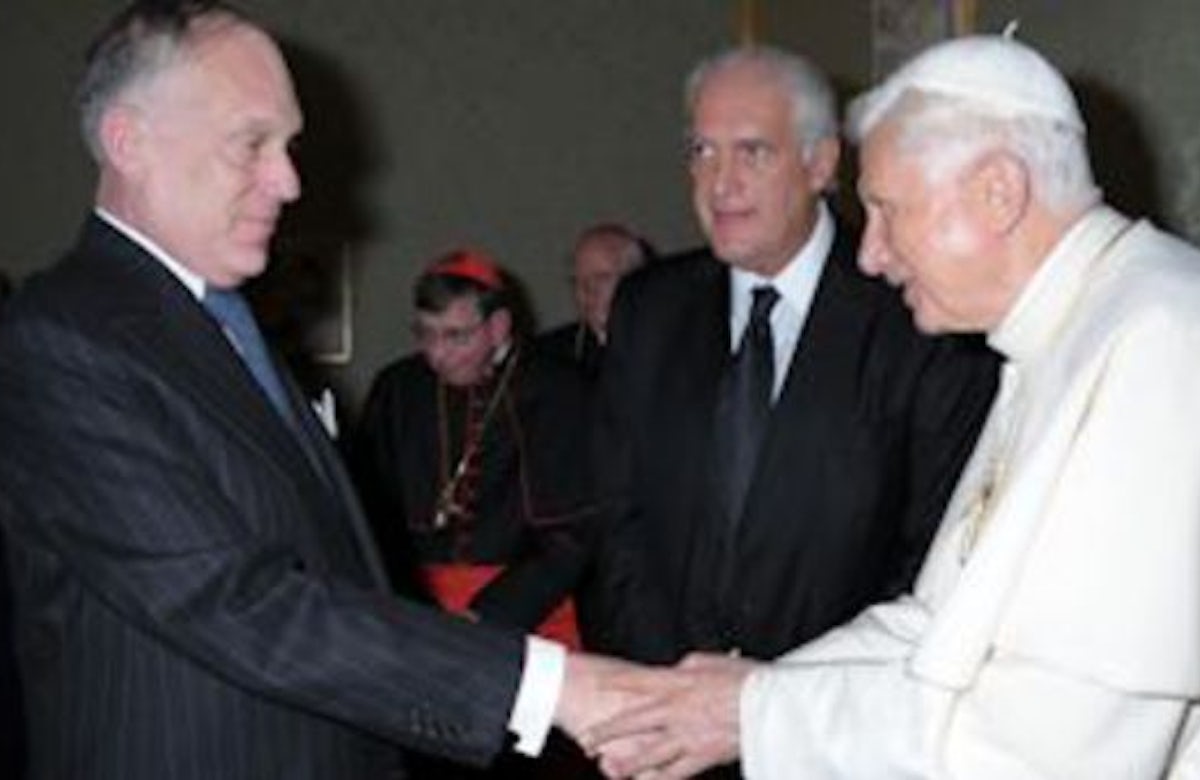 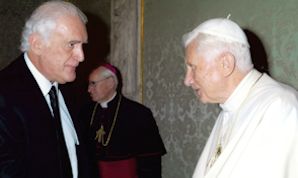 Led by Latin American Jewish Congress (LAJC) President Jack Terpins, Jewish community leaders from 12 Latin American countries have been received in private audience by Pope Benedict XVI. Terpins underlined that the relationship between Jews and Catholics in the region was “an example not only of positive coexistence, but of friendship and cooperation.” Also present at the meeting – the first of its kind - were World Jewish Congress President Ronald S. Lauder, who had previously met the Catholic pontiff in 2007 and 2010, WJC Secretary General Dan Diker, and leaders of the Jewish communities of Argentina, Brazil, Bolivia, Chile, Colombia, Costa Rica, Ecuador, Panama, Paraguay, Peru, Uruguay and Venezuela. 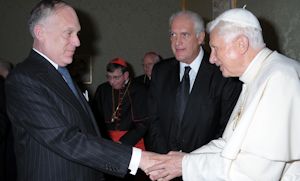 Welcoming "the first group representing Jewish organisations and communities in Latin America which I have met here in the Vatican", the Pope recall that "dynamic Jewish communities exist throughout Latin America, especially in Argentina and Brazil, living alongside a large Catholic majority. Beginning with the years of Vatican Council II, relations between Jews and Catholics have become stronger, also in your own region, and various initiatives are afoot to make our mutual friendship deeper".

Speaking in Spanish, Benedict XVI told the delegation that "in a world that is more and more threatened by the loss of spiritual and moral values that guarantee human dignity and a durable peace, a honest and respectful dialogue between religions is crucial for the future of our human family." There was still a great deal to be done to overcome past differences between the two religions, he said.

Benedict XVI reaffirmed that the 1965 declaration 'Nostra aetate' continued "to be the basis and the guide for our efforts towards promoting greater understanding, respect and cooperation between our communities. The declaration not only took up a clear position against all forms anti-Semitism, but also laid the foundations for a new theological evaluation of the Church’s relationship with Judaism, expressing the confidence that an appreciation of the spiritual heritage that Jews and Christians share will lead to increasing understanding and esteem".

The LAJC delegation presented the pope with a book co-written by Jewish and Catholic organizations in South America and entitled 'Forty Years of History' which looks at the decades since the creation of the International Liaison Committee between Jews and Catholics.

Terpins: Close and fruitful cooperation between Jews and Catholics and Latin America

In his address to the Catholic pontiff, Jack Terpins highlighted the close and fruitful cooperation in almost all Latin American countries, saying: “Resorting to dialogue as a tool has helped develop models to get to know ourselves better and for the communities of faith to gain greater understanding. Agreement among religions is not the only prerequisite but certainly means a major step forward. Together, we can send out a strong message to society at large: i.e. working to help the neediest and defending family, pluralism and democracy, always under the umbrella of the common values revered by our religious traditions.” The LAJC president also expressed his appreciation at the fact that the Vatican had full diplomatic relations with Israel, “that 64-year-old, young state, in a changing world in which the old anti-Semitism is often disguised as anti-Zionism.” 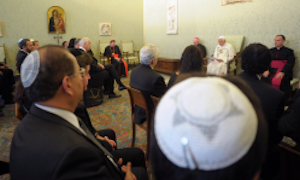 After the half-hour long meeting with Benedict XVI WJC President Ronald S. Lauder declared: “Today, relations between Jews and Catholics are better than at any time over the past 2,000 years, despite the occasional disagreement here or there. This is especially true in Latin America which is overwhelmingly Catholic. The enormous efforts Pope Benedict and his predecessor have invested are now paying off, and they have reduced tensions noticeably. We appreciate the hand of friendship which the Pope has again extended to the Jewish people.”