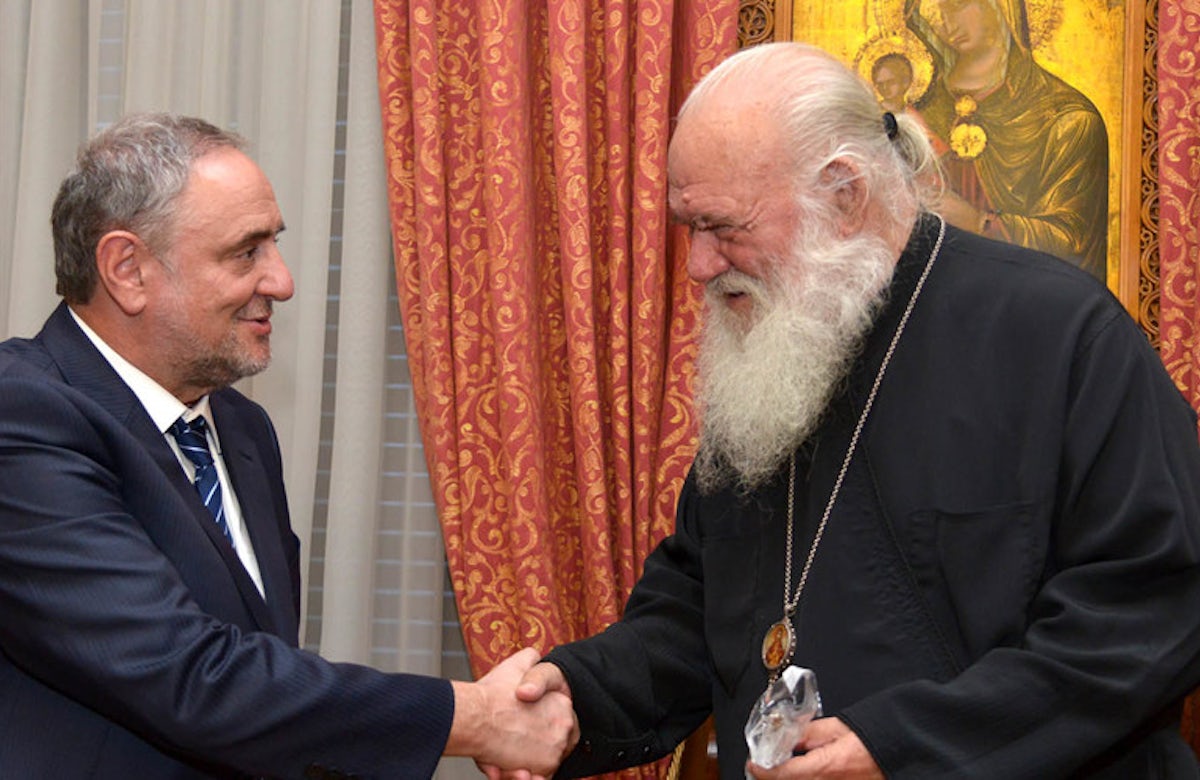 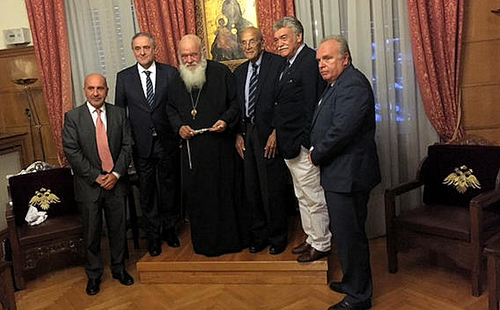 Singer emphasized the good relations between Greece and Israel and raised a number of issues, including the threat posed by the extreme-right Golden Dawn party, the security of the Greek Jewish community, and anti-Semitic statements made by Greek Orthodox church officials recently.

Robert Singer said: “Archbishop Ieronymos reassured us that the Greek Orthodox Church does not agree with these statements and that he is open to intensify the interfaith dialogue with the World Jewish Congress.”

Singer said that although there had been few violent incidents against Jews and Jewish sites in Greece in recent months, anti-Semitic stereotypes were still widespread in Greek society. He welcomed initiatives undertaken by the government to teach about the Holocaust in public and private schools in Greece.

“Racism and anti-Semitism are not just opinions, they are dangerous to our societies as a whole, and that’s why they need to be combatted vigorously. The key to this is education, and also firmness on the part of the government and the leaders of civil society.”

Regarding the far-right Golden Dawn (Chryssi Avgi) party, the WJC CEO said: “The actions of Golden Dawn are harmful to Greece’s reputation in the world. Golden Dawn leaders are currently on trial on serious charges, and I hope that this trial will soon be completed. Golden Dawn must be politically isolated and fought, and I am glad that nobody I spoke to here in Greece thinks that any contacts should be established with this party.”

The head of the Central Board of Greek Jewish Communities (KIS) and vice-president of the WJC, Moses Constantinis, and WJC Deputy CEO for Diplomacy Maram Stern accompanied Singer to his meetings. The WJC’s delegation’s visit marked the 65th anniversary of KIS’ membership in the WJC.