The Federation of Jewish Communities in the Czech Republic, an affiliate of the World Jewish Congress, has found that antisemitic incidents in the country occurred twice as often in 2019 compared to 2018. The community’s annual report, which was published with the support of the Ministry of Culture and the Endowment Fund for Holocaust Victims, found that out of the 694 reported incidents in 2019, 659 (95%) occurred online. A plurality of the antisemitic incidents online were attributed to far-right extremist.

President of Federation of Jewish Communities in the Czech Republic and WJC Vice President Petr Papoušek noted that the rise in numbers could be due to “more effective monitoring,” of antisemitic incidents, especially on the internet.

“The good news is that violent antisemitic incidents are still isolated in the Czech Republic and there was no case of physical aggression with an antisemitic motive recorded in 2019,” Papoušek said.

Despite the concerning figures, the Czech Republic remains an overall safe country for Jews and antisemitism is at a relatively low level compared with other European countries, the report concludes.

The Czech government has been proactive in the fight against antisemitism. In January 2019, the lower house of the Czech Parliament adopted the International Holocaust Remembrance Alliance’s working definition of antisemitism. WJC President Ronald S. Lauder praised the decision, calling it, “a principled and important step in recognizing that antisemitism is a prevailing problem that must be tackled head-on and in a universal fashion.”

In November, the World Jewish Congress met with Interior Minister Jan Hamáček as a follow-up to methodology provided by the WJC to the Czech government for protecting vulnerable targets in the country. The report included guidelines for protecting sites such as malls, stadiums, concert halls, and other crowd-drawing locations often targeted by terrorists and other violent offenders. The report also included recommendations for an immediate response to successfully executed terrorist attacks, as well as a guide to minimizing long term damages. 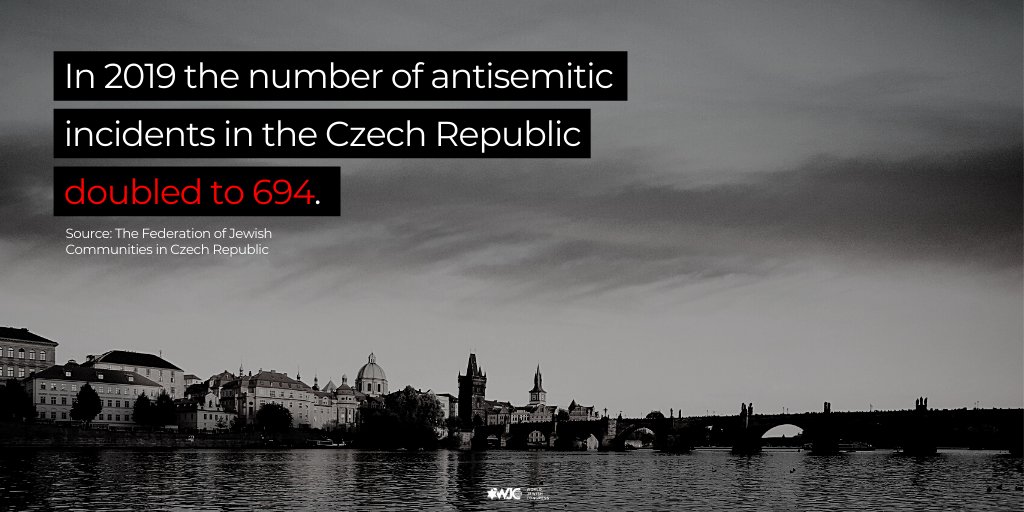