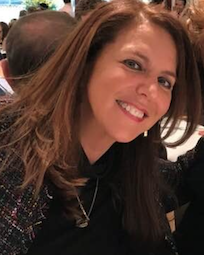 Renee Young is a seasoned communications executive who got her start in the industry as an account executive for legendary public relations icon Howard Rubenstein. His agency represented some of the world’s best known celebrities and brands. Renee’s early training included being part of teams that worked with Helmsley Hotels, The New York Yankees, Saturday Night Live and numerous politicians including former NYC mayors, governors and United States presidents.

After leaving Howard Rubenstein, Young went on to work for such notable agencies as The Lippin Group, The Press Office and Susan Blond, where she represented recording artists, television networks, record labels, book and magazine publishing companies, authors and other areas of entertainment.

Renee spent over a decade at CBS Television where she was the primary spokesperson of and directed campaigns for CBS Daytime, including The Price is Right, The Young and the Restless and The Daytime Emmy Awards.

Most recently, Renee spent five years as head of communications for Hadassah, The Women’s Zionist Organization of America and then went on to become communications lead for Noodle, the latest education tech start up of successful entrepreneur John Katzman, founder of The Princeton Review, where she was also communications lead.

Renee lives in New York with her family and is an animal rescue volunteer. She is also passionate about empowering and mentoring women in their careers and in their lives.