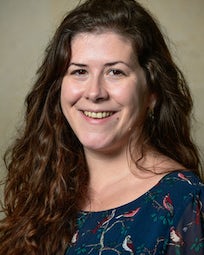 Maya Samokovlija was born in 1980 in Zagreb, Croatia.

She studied Judaism and Education in Machon Gold, Jerusalem and later Education and Pedagogy at the University of Education in Zagreb, Croatia. She has a wide background in Jewish formal and informal education. As a member of staff in Lauder Jewish Summer camp in Hungary she worked on development of educational programs for Jewish youth coming from various background. Since the opening, she was part of the team that developed and established Jewish Elementary Scholl Hugo Kon in Zagreb, Croatia.

Maya joined the WJC Security Department in February 2017 and became desk officer for Eastern Europe and EuroAsia in March 2018.