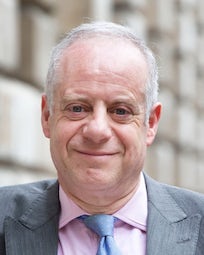 Jonathan Arkush is a barrister and mediator specialising in property, commercial and probate law.  He has a part-time judicial position as a deputy Chancery Master in the High Court of England and Wales.

He was elected Senior Vice President of the Board of Deputies in May 2009 and chaired the Board’s Defence Division for two 3-year terms until 2015.  His responsibilities included defending the community against anti-Semitism, discrimination and any threat to Jewish faith and practice in the United Kingdom, and to forging deeper understanding between British Jews and other faiths.

He was elected as President of the Board on 17 May 2015 in a contest in which all three of the Board’s Vice Presidents stood for the office.  After completing his term of office he stepped down in May 2018.

He is married with 3 children, 2 of whom live in Israel, and 6 grandchildren.