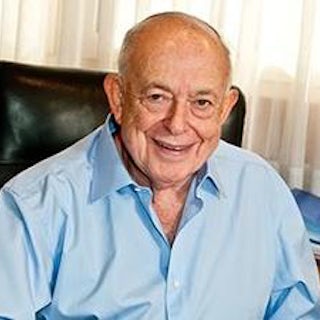 Isi Leibler is a veteran international Jewish leader with a distinguished record of contributions to the Jewish world and the cause of human rights.

Born in Antwerp Belgium in 1934, Leibler was brought to Australia by his parents as an infant just before the outbreak of World War II. He lived there until he immigrated to Israel in 1999.

Described in the Encyclopaedia Judaica as “unquestionably the dominant Jewish lay leader in Australia during the previous quarter century”, Leibler occupied the leadership of the Australian Jewish community (Executive Council of Australian Jewry) from 1978 and served four terms in this office, retiring in 1995.

In 1962, Mr. Leibler engineered a public campaign which resulted in Australia becoming the first country in the world to raise the plight of Soviet Jewry at the United Nations. In 1965, he published a book Soviet Jewry and Human Rights which had significant international repercussions and created a schism amongst the hitherto pro Soviet left.

Before the collapse of the USSR, Leibler made numerous visits to the Soviet Union and developed close associations with the leading Jewish dissidents and refuseniks. The visits came to an end in 1980 with his arrest and expulsion from the Soviet Union.

Paradoxically, when Gorbachev liberalised the system with the introduction of perestroika, Leibler became the first international Jewish leader to be invited to the Soviet Union to evaluate the changes. He subsequently launched the first Jewish cultural centre in the Soviet Union – the Solomon Mykhoels Centre in Moscow – together with the first Hebrew Song Festivals in Moscow and Leningrad.

Leibler’s activities and campaign  on behalf of Soviet Jewry are documented  in the book: Let my People Go: The untold story of Australia and Soviet Jews 1969 – 1989, authored by Sam Lipski and Suzanne Rutland in 2015.

Following the liberation of Soviet Jewry, Mr Leibler focused his attention on the Asia-Pacific region. His meetings with Indian Prime Minister Narasimha Rao and Chinese Foreign Minister Qian Qichen were recognised as major contributions towards accelerating the establishment of diplomatic relations between Israel and both countries. Leibler also convened a colloquium for leading Jewish and Chinese scholars in Beijing prior to the formalization of diplomatic relations between Israel and China.

Leibler writes prolifically and is a weekly columnist for the Jerusalem Post, enjoying a vast following throughout the world on the internet. He is also a regular columnist for Israel Hayom, the Israeli daily newspaper. He has also appeared in many other newspapers, including the New York Times and the Guardian and is frequently interviewed on both TV and radio.

Leibler was one of the first to warn of the dangers of religious extremism, in particular radical religious nationalism. He has written extensively on this subject and his works have been translated into Hebrew, Russian, French and Spanish.

He has also focused on the relationship between Israel and the Diaspora and his publication The Israel-Diaspora Identity Crisis: A Looming Disaster has been read and debated throughout the Jewish world. He now Chairs the Israel Diaspora Committee of the Jerusalem Center for Public Affairs, a leading Israeli think tank.

Leibler also published a study on the threat post Zionism poses to the soul of Israel, titled Is the Dream Ending? The publication was translated into Hebrew and widely distributed.

In Australia Leibler’s company, Jetset Tours, was the largest travel organization in the region with branches throughout the world. He was also a director of one of Australia’s three national television companies. In Israel he has invested and acts as a consultant to a number of high tech companies.

Mr Leibler was awarded a CBE (Commander of the British Empire) in 1977, an AO (Officer of the Order of Australia) in 1989 and an honorary Doctor of Letters from Deakin University in 1990. In 2015, Leibler was awarded an honorary doctorate from Bar Ilan University in recognition of “his tireless efforts to address the challenges facing the Jewish nation atevery historic crossroad”

Mr. Leibler lives in Jerusalem with his wife Naomi who served as World President of Emunah. Three of his children and their families also reside there.