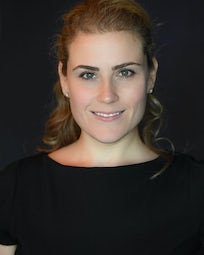 Hadassa Getsztain was born and raised in the small Jewish community of Curitiba (the capital of the state of Paraná) in Brazil. Her family immigrated to Israel when she was ten years old and settled in the city of Raanana.

She served in the Israeli Navy as a seamanship instructor for two years. Later, she studied government and diplomacy at IDC Herzliya and law at Bar-Ilan University, from which she holds an MA. Today, She is the head of marketing at the Israeli Export Institute in Tel Aviv, where she lives.. In addition to Hebrew, she is fluent in English, Spanish and Portuguese.

As a grandchild of survivors of the Łódź Ghetto, remembrance of the Holocaust and Holocaust education are deeply important to her and are reflected in her work at the WJC and beyond. She has been an active board member of WJC-Israel since 2015 and is especially interested in advancing the cause of small Jewish communities similar to the one in which she grew up.