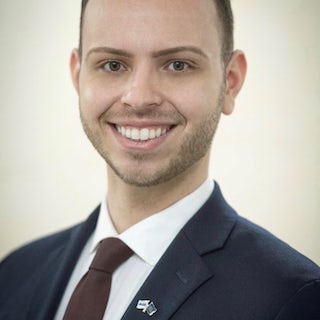 Evan Fox joined the World Jewish Congress in 2018. He is Communities Liaison, Middle East & North Africa and Content Editor. He graduated from Northwestern University in 2017, earning his B.A. in Middle East/North African Studies, History, and Political Science, and received his M.A. in 2018 from King’s College London in Middle Eastern Studies, where he conducted fieldwork in Algiers and Oran for his Master’s thesis on contemporary Jewish heritage in Algeria.

Prior to the WJC, Evan worked professionally as an Arabic-English translator and spent a significant amount of time in Alexandria, Egypt studying Arabic. He has conducted research on contemporary Jewish heritage in several Middle Eastern countries, including Lebanon, Kuwait, and Tunisia.

Evan is fluent in both Modern Standard and Egyptian Arabic, has professional experience in Persian (Farsi/Tajik), and substantial knowledge of French, Spanish, and Portuguese.